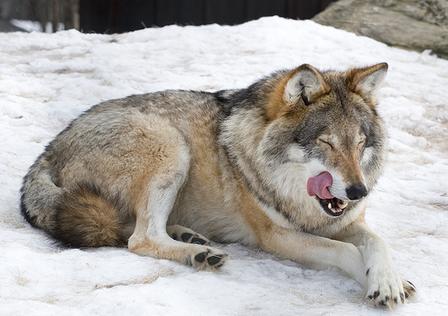 (image by Andreas Solberg, used under a Creative Commons license)
One of the world’s most beautiful animals was hunted to extinction in Ireland. Why?

The Last Wolf by Mary TallMountain

Damien DeBarra was born in the late 20th century and grew up in Dublin, Ireland. He now lives in London, England where he shares a house with four laptops, three bikes and a large collection of chairs.
previous article
Someone wanted to knife me last night
next article
Jasper Fforde’s “The Well of Lost Plots”