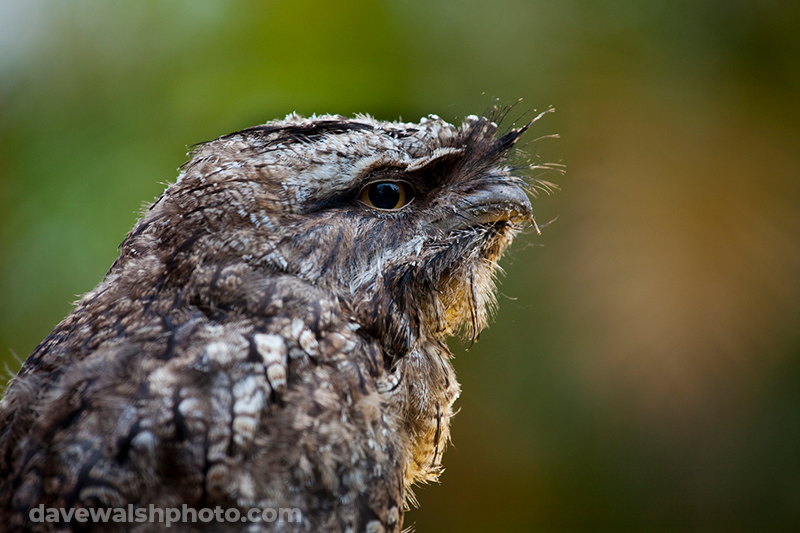 Tawny Frogmouth (Podargus strigoides) regarding me disdainfully, while perched on a suburban recyling bin at Smiths Lake, New South Wales. Often mistaken for an owl the frogmouth is actually related to the nightjar (and owls have binocular vision, like humans). While it does have anisodactyl feet (one pointing backwards) like an owl, it doesn’t fly to hunt – rather it perches, and waits for it food to come by – insects, frogs and rodents, to come by, then it strikes with its beak.

Chief Bottle Washer at Blather
Writer, photographer, environmental campaigner and "known troublemaker" Dave Walsh is the founder of Blather.net, described both as "possibly the most arrogant and depraved website to be found either side of the majestic Shannon River", and "the nicest website circulating in Ireland". Half Irishman, half-bicycle. He lives in southern Irish city of Barcelona.
Tags:frogmouth
previous article
Cirrus clouds over Arctic iceberg, Greenland
next article
Dead trees in Lake Hume, Victoria