Robert Anton Wilson for Governor of the Republic of California

RAW enters the race, as the unofficial write-in candidate for the Guns and Dope Party. 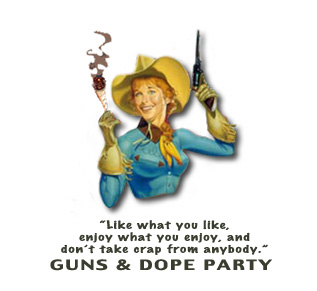 “My party, the Guns and Dope Party, invites extremists of both right and left to unite behind our shared goals of:

Chief Bottle Washer at Blather
Writer, photographer, environmental campaigner and "known troublemaker" Dave Walsh is the founder of Blather.net, described both as "possibly the most arrogant and depraved website to be found either side of the majestic Shannon River", and "the nicest website circulating in Ireland". Half Irishman, half-bicycle. He lives in southern Irish city of Barcelona.
previous article
Is There Life On Mars?
next article
Review: MJ Harper – The History of Britain Revealed