Amphibian guts galore – I seem to have stumbled across a crime scene, stretched over 50m of road.
(Nasty picture warning – avoid if squeamish!)

Dead frogs – some flattened, some burst, some frozen, mid-movement, cause of death unknown. It seems early in the year to spawn – I thought it would be too cold for for them. But no, they seem to have been making their way towards the pond in a nearby quarry. Out of the ten that I find, maybe three are flattened, passing cars. It’s the others that intrigue me – their tiny fingers raised in some last melodramatic plea, spawn piled on the tarmacadam alongside.
What do I do? I take photographs.
– Dave 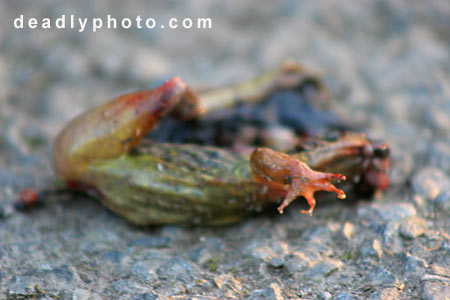 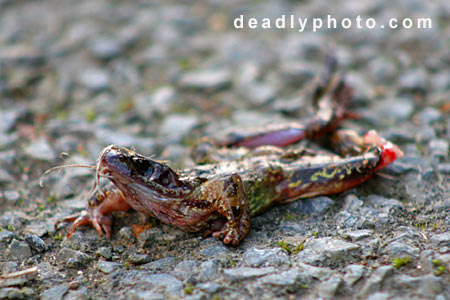 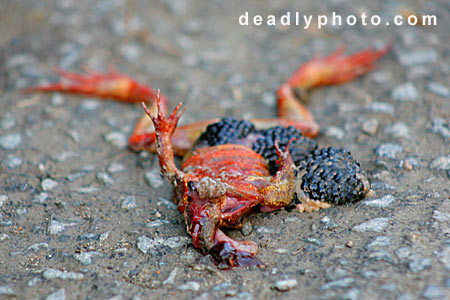 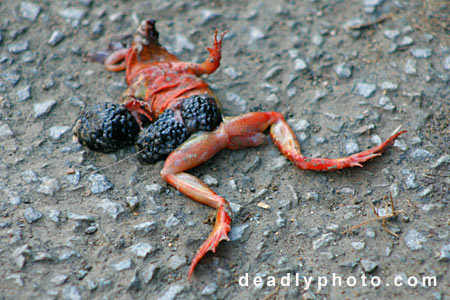 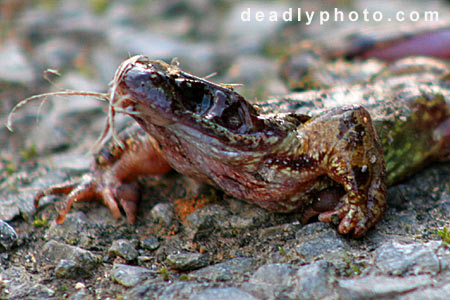 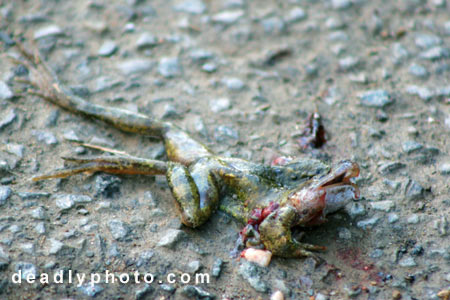 Chief Bottle Washer at Blather
Writer, photographer, environmental campaigner and "known troublemaker" Dave Walsh is the founder of Blather.net, described both as "possibly the most arrogant and depraved website to be found either side of the majestic Shannon River", and "the nicest website circulating in Ireland". Half Irishman, half-bicycle. He lives in southern Irish city of Barcelona.
previous article
Review: The Men Who Stare At Goats
next article
Feed Your Brain: Kenneth Clarks’ ‘Civilisation’