Waking the Dead: The Surgeons’ Warning

The Resurrection Men have long been the subject of literary flights of fancy, most of their depictions being simple stage nonsense. But one piece of literature stands out above all others: The Surgeons’ Warning by Robert Southey.

The Fear of the Knife
Previously on Waking the Dead, we had spoken a little of the Resurection Men and the mechanics of stealing a dead body. We had also mentioned how the (official) supply of study material for anatomical schools came from executed criminals and in other cases from unidentified vagrants whose bodies were found in the streets.
Although many of us today are enlightened enough to donate our bodies to medical science after we croak, during the time of the Sack-em-ups and the early anatomical schools, the majority were not. And with good cause.
So great was the mistrust of the anatomists and so great the fear of dissection, that many condemned criminals had expressed their willingness to accept the penalty of death, but begged not to be left to the anatomists. In fact many 17th and 18th century accounts make it clear that convicted murderers feared the knife of the surgeon far more than the gallows.
The poem ‘The Surgeons’ Warning’ by the Romantic Poet Robert Southey (1774-1843) captured this fear in a macabre and darkly comic form, where an elderly surgeon, facing his own last hours, agonises over the fate of his corpse. Knowing that his remains will fetch a tidy sum, he gathers his students around him and makes them commit to a solemn oath…

The Surgeons’ Warning by Robert Southey
The Doctor whispered to the Nurse
And the Surgeon knew what he said,
And he grew pale at the Doctor’s tale
And trembled in his sick bed.
Now fetch me my brethren and fetch them with speed
The Surgeon affrighted said,
The Parson and the Undertaker,
Let them hasten or I shall be dead.
The Parson and the Undertaker
They hastily came complying,
And the Surgeon’s Prentices ran up stairs
When they heard that their master was dying.
The Prentices all they entered the room
By one, by two, by three,
With a sly grin came Joseph in,
First of the company.
The Surgeon swore as they enter’d his door,
‘Twas fearful his oaths to hear,–
Now send these scoundrels to the Devil,
For God’s sake my brethren dear.
He foam’d at the mouth with the rage he felt
And he wrinkled his black eye-brow,
That rascal Joe would be at me I know,
But zounds let him spare me now.
Then out they sent the Prentices,
The fit it left him weak,
He look’d at his brothers with ghastly eyes, 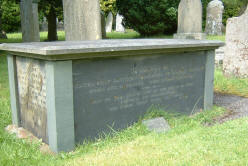 And faintly struggled to speak.
All kinds of carcasses I have cut up,
And the judgment now must be–
But brothers I took care of you,
So pray take care of me!
I have made candles of infants fat
The Sextons have been my slaves,
I have bottled babes unborn, and dried
Hearts and livers from rifled graves.
And my Prentices now will surely come
And carve me bone from bone,
And I who have rifled the dead man’s grave
Shall never have rest in my own.
Bury me in lead when I am dead,
My brethren I intreat,
And see the coffin weigh’d I beg
Lest the Plumber should be a cheat.
And let it be solder’d closely down
Strong as strong can be I implore,
And put it in a patent coffin,
That I may rise no more.
If they carry me off in the patent coffin
Their labour will be in vain,
Let the Undertaker see it bought of the maker
Who lives by St. Martin’s lane.
And bury me in my brother’s church
For that will safer be,
And I implore lock the church door
And pray take care of the key.
And all night long let three stout men
The vestry watch within,
To each man give a gallon of beer
And a keg of Holland’s gin;
Powder and ball and blunder-buss
To save me if he can,
And eke five guineas if he shoot
A resurrection man.
And let them watch me for three weeks
My wretched corpse to save,
For then I think that I may stink
Enough to rest in my grave.
The Surgeon laid him down in his bed,
His eyes grew deadly dim,
Short came his breath and the struggle of death
Distorted every limb.
They put him in lead when he was dead
And shrouded up so neat,
And they the leaden coffin weigh
Lest the Plumber should be a cheat.
They had it solder’d closely down
And examined it o’er and o’er,
And they put it in a patent coffin
That he might rise no more.
For to carry him off in a patent coffin
Would they thought be but labour in vain,
So the Undertaker saw it bought of the maker
Who lives by St. Martin’s lane.
In his brother’s church they buried him
That safer he might be,
They lock’d the door and would not trust
The Sexton with the key. 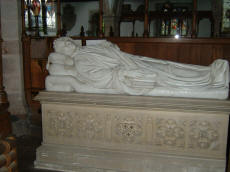