Zeitgeist: The Movie, 9/11, Andrew Keen and the impossible search for ‘the truth’ 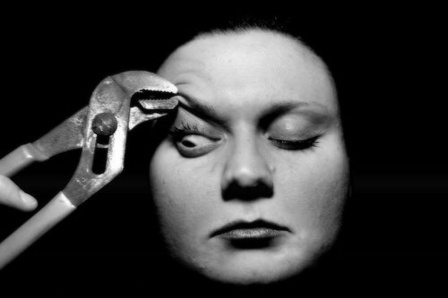 In February 2007, Blather.net issued a challenge to the 9/11 Truth Movement. We said: “It’s time to up the game. Time to get better. Time to write better blogs, make better movies and ask better questions. We’re sorry, but Loose Change and the 9/11 conspiracy theorists are just not doing that right now.” But now, it seems, somebody has upped the game: one Peter Joseph. His film, ‘Zeitgeist: The Movie’, is an altogether different prospect.

Read
On the 9-11 Conspiracy Theories (February 2007)
Joseph Campbell’s ‘The Hero’s Journey’.
Look
Art by Dr. Joanne. ‘Rude Awakening‘, 2005.
Update – March 12th 2008
Zeitgeist: The Movie has been updated, to now include references for speakers. Good to see this as one of my central complaints about the movie was its lack of references for on-screen voices.

Damien DeBarra was born in the late 20th century and grew up in Dublin, Ireland. He now lives in London, England where he shares a house with four laptops, three bikes and a large collection of chairs.
previous article
Anarchy on the High Seas
next article
Happy Humpback Whale Christmas from the Southern Ocean