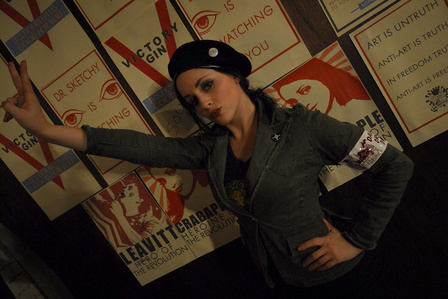 Burlesque dancer, blogger, artist and purveryor of scandalous filth. Meet Molly Crabapple – the 24-year old brains behind the now world-famous Dr. Sketchy’s Cabaret Life Drawing classes and the acclaimed webcomic series “Backstage”. Blather.net relentlessly stalked Molly acrosss the internet and hounded her until she talked to us recently caught up with Molly and got her to answer some questions.

Blather: Your second name is unusual – Crabapple. Where did it come from?
Molly: An old boyfriend gave it to me because he didn’t think I was very sweet.
Blather: You’re perhaps best known for founding Dr. Sketchy’s. Tell us about what it is and why you created it.
Molly: Dr. Sketchy’s is a cabaret life-drawing class. Take a ravishing performer model, get a bunch of drunk artists to draw her, and add in antics and prizes. We started it in NYC in ’05, and it’s now in 55 cities around the world. I started it because I was an artists model and found the grey professionalism of the classes didn’t jive with my fantasies. 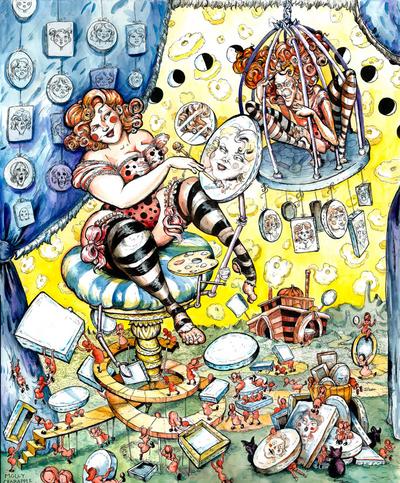 Blather: Dr. Sketchy’s is no longer just US based is it? Where are the international chapters and how did they get set up?
Molly: We’ve got chapters in: Manchester, London, Paris, Rome, Tokyo, Melbourne, Coventry, Hamburg, Glasgow, Edinburgh, Melbourne, Sydney, Perth, Auckland, Brisbane, Toronto, Montreal, Helsinki, Stockholm, Hanover, Brighton… We wish we had branches in South America and Africa!
Dr. Sketchy’s spread thanks to the viral nature of the Internet. I put up a tutorial on starting a branch, and within weeks we were in Melbourne!
Blather: Have you experienced any cultural differences between the US and other countries as a result of setting up the international chapters?
Molly: I’m a native New Yorker who spent her irresponsible years bumming around Europe. I’ve actually experienced more culture clash when bringing Dr. Sketchy’s to red state America, where we’ve been threatened by vice cops and looked at as freaks. 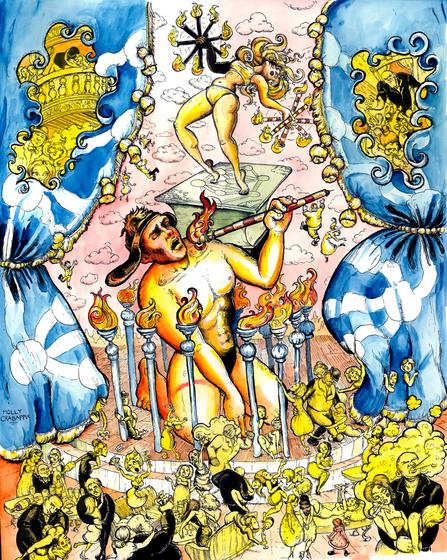 Blather: You used to be a Burlesque dancer. Can you tell us a little bit about it?
Molly: Err, you get a lovely costume, make an act, and take off your clothes onstage more or less in time to music? I absolutely love performing (though whether performing loves me is a different question). And I still do sometimes perform, though I’m too busy to devote as much time to it as I like. The burlesque scene is home to some of the fiercest, sweetest, most incredible women I’ve ever had the pleasure of meeting
Blather: Have you always lived in New York? Would you consider living anywhere else and if so where?
Molly: I always lived in either New York or the suburbs around it. Living there makes other cities in America seem slow and small by comparison. If I ever moved, it would have to be to some giant, cutthroat megalopolis- or else I wouldn’t feel at home.
Blather: Your comics (and other things beside) suggest that you have a keen interest in Victorian things. Why does this era hold such a fascination for you?
Molly: It was a brutal, socially stratified time with no safety net. Much like New York today! Also- ruffles. 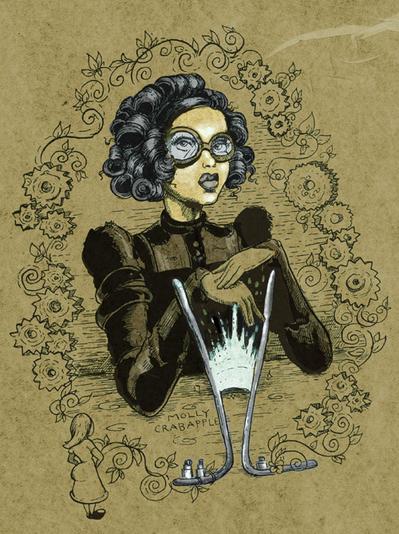 Blather: Sticking with comics for a second, who are your favourite comic book artists and why?
Molly: Kevin O’Neil and Eddy Campbell for sure. It’s that Victorian thing. How can you not read League of Extraordinary Gentleman and want to claw your eyes out with envy. Also Milo Manara- so sexy and baroque and perverse!
Blather: A lot of folks used to thinking of literature as being something without pictures might be reticent about picking up a graphic novel for the first time. Aside from your own work, what graphic novel would you recommend a total novice to start with?
Molly: Well… Persopolis, League of Extraordinary Gentleman, V is for Vendetta and The Sandman all warm my heart. The Sandman was my gateway drug. The goth girl at camp used it to woo me into comics when I was seven. 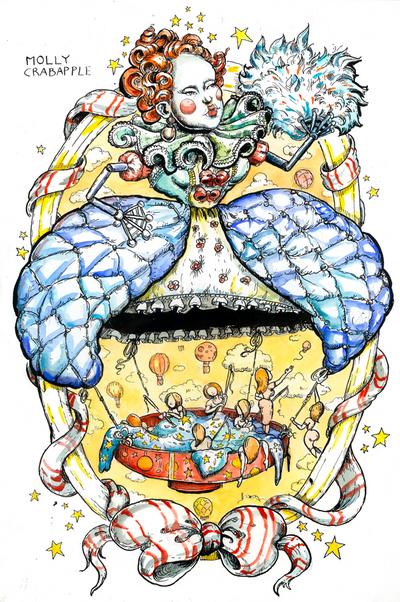 Blather: You used to model for (amongst others) Suicide Girls. Can you keep the fan boys happy and tell us a bit about it?
Molly: SG is an evil, lawsuit-happy, rather cult-like corporation that happens to be run by marketing geniuses. Because they love to sue people, I’m not going to talk too much more about them, but I’d suggest googling “Lithium Picnic.”
I worked as a nude model all through college. It was sometimes glamorous, sometimes sleazy, sometimes boring and always really hard work. But, as far as I know, its one of the few honest ways for a 19 year old to make over $100 an hour. I’m very proud of a lot fo the work I did- though man, some photos also make me cringe.
Blather: If you could have dinner with five people (dead, alive or both) who would they be and why?
Molly: Colette, Alan Moore, Sir Richard Francis Burton, Cellini, Crowley, Oscar Wilde. Fuck- that’s six.
I’ll add a seventh- Deborah Jeane Palfrey. Because she was smart and tough and gutsy and didn’t deserve to be ground down till she killed herself. So she’ll always have a place at my imaginary table. 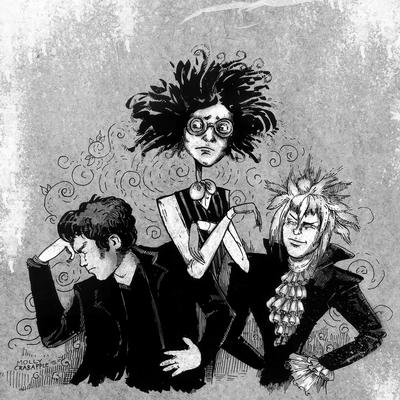 Blather: If you could repeatedly punch one person on planet Earth in the head for five, relentless, blood-soaked minutes, who would it be and why?
Molly: At risk of being serious and saying something about Bush and other folks who are currently ruining my country, I’ll say something instead about the women who write those business books for women. The pink ones. That give bad advice- really gendered bad advice. I hate them so much.
Blather: What’s your next project and when can we expect to see it?
Molly: I’m touring Europe this summer, so if you’re in London, Glasgow, Berlin, Edinburgh or Helsinki, please stop by one of my Dr. Sketchy’s and say hello. Touring is both expensive and depressing if no one shows up. Supposedly, I’m doing a Victorian smut comicbook soon, and, perhaps one of my book proposals will sell. If so, I’m taking you all out to milkshakes on me.
Watch
Molly introducing the Demonoide exhibition

Damien DeBarra was born in the late 20th century and grew up in Dublin, Ireland. He now lives in London, England where he shares a house with four laptops, three bikes and a large collection of chairs.
previous article
Diggin’ in the Dirt: Niall (sausage the fifth)
next article
A Load of Blather: The book launch and the Lisbon Treaty