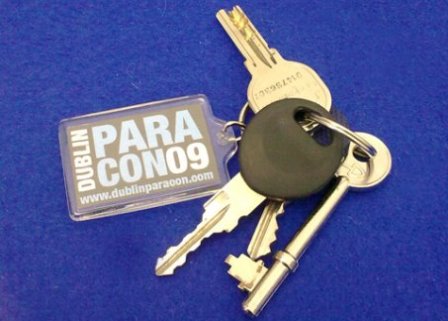 The 2nd Dublin Paracon will take place at the Radisson Blu Royal Hotel, Golden Lane, Dublin 8 on Saturday November the 7th 2009. I’ll be there giving a talk entitled ‘Blather, Rinse, Repeat: An Ethnography of Conspiracy Theory’.
Update: online scrapbook from the talk added.

Update 26/10/09
I’ve wanted to try out Prezi for a while and thought this might be a good chance to muck about with it. This is a ‘Prezi scrapbook’ which will eventually become the basis of the talk. It also overlaps with some of my university work at the moment.
Wonderful when two previously completely un-related fields you move about it wander together. Suggest you go full screen to see it properly. Press play first. Then click More and Fullscreen.

The Dublin Paranormal Convention is Ireland’s largest event for those interested in ghosts, hauntings, ufology, unexplained phenomenon, spirituality, mediumship, cryptozoology, paranormal investigation and much much more! Come talk to groups and individuals who spend their time researching paranormal activity, share your experiences with like minded people and listen to some of the best known names from around Ireland and the UK incl: Ciaran O’Keeffe (Most Haunted), Steve Parsons (ParaScience), Richards Jones (Author) and Barry FitzGerald (Sci-Fi Channel’s GHI).

Damien DeBarra was born in the late 20th century and grew up in Dublin, Ireland. He now lives in London, England where he shares a house with four laptops, three bikes and a large collection of chairs.
previous article
Climate change in Ireland: The need to move beyond skepticism
next article
Blather, Rinse, Repeat: An Ethnography of Conspiracy Theory