JFK and the Unspeakable 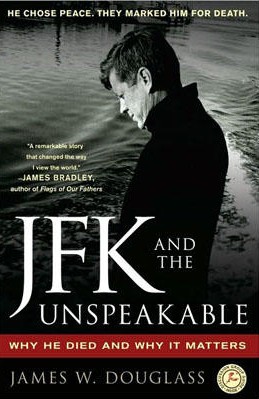 ‘Did the U.S. Military Plan a Nuclear First Strike for 1963?’ is the title of an article by James Galbraith (son of John Kenneth Galbraith, JFK’s ambassador to India), published in American Prospect vol. 5 no. 19, September 1994, and the subject of it is ‘that the military presented President Kennedy with a plan for a surprise nuclear attack on the Soviet Union…’

As the window for opportunity for attacking the Soviets, before their nuclear capability reached parity with that of the US, was before the end of 1963, James W. Douglass in his book JFK and the Unspeakable (2008) ties this in with the assassination, i.e. it gives the military a motive to get rid of JFK, in order to have someone more compliant press the button, and a motive to make Oswald look like a KGB agent (that business down in Mexico), to have an excuse to attack the USSR. (Not that the post-assassination President Lyndon Johnson played along with this shit, but there you go.)

The key meeting of the National Security Council when the plans for a possible preemptive strike on the USSR were discussed was on 20 July ’61. The roots of the ‘Net Evaluation Subcommittee Report’ possibly lie in the Berlin Crisis, when Dean Acheson, an adviser to the President, argued that the US should demonstrate its willpower to have a nuclear war if necessary. Arthur Schlesinger, in the role of a special assistant (at that time), was more cautious in his advice to JFK, writing that ‘The Pentagon should be required to make an analysis of the possible levels and implications of nuclear warfare and the possible gradations of our own nuclear response.’ This is a plausible reason for the existence of the ‘Net Evaluation’ presented to the President on 20 July. 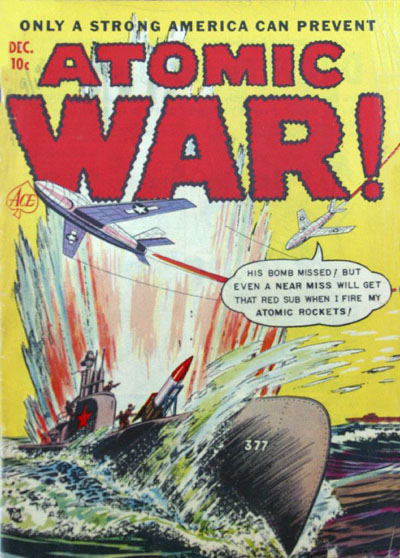 At the meeting, General Lyman Lemnitzer, who was the Chairman of the JCS at the time, spoke of the possibility of ‘a surprise attack in late 1963, preceded by a period of heightened tension’. Kennedy asked what would happen if the strike took place a year earlier and Allen Dulles (CIA) replied that such an ‘attack would be much less effective since there would be considerably fewer missiles involved’. Galbraith puts it simply: ‘December of 1962 was too early for an attack because the U.S. would have too few missiles; by December of 1963 there would likely be sufficient numbers.’ It was true that the US had missile superiority; US intelligence knew that the USSR had ‘no operational ICBMs in 1961’ and did not expect them to catch up until ’64.

Years later, Roswell Gilpatric, the Deputy Secretary of Defense, in a book of Schlesinger’s said that when the Net Evaluation was presented, ‘Kennedy got up and walked right out in the middle of it’. Kennedy’s disgusted remark to Secretary of State Dean Rusk is sometimes said to have followed this meeting: ‘And we call ourselves the human race.’

Also in July 1961, a paper by economist Thomas C. Schelling made a ‘deep impression’ on JFK, according to his National Security Adviser McGeorge Bundy. Schelling’s paper pointed out that ‘the diffuse character of nuclear command and control in 1961 did not assure that the President in fact enjoyed the full authority over the bomb which most Americans assumed to be the case. Establishing such control became a priority for Kennedy in the months that followed.’ It would have been disastrous for the military to take nuclear war into their own hands. 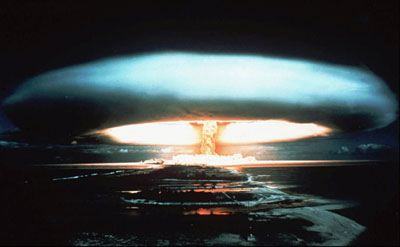 In the context of all the above, Galbraith sees the reasoning behind JFK not directly engaging the Soviets in Berlin, with the Berlin Wall being ‘allowed to remain intact when constructed in August of 1961’; and behind the building of fallout shelters in the US, which would not have protected citizens from a nuclear attack, but would have been seen as protecting them from radiation drifting from a possible nuclear attack on the Soviet Union by the US.

During the rest of ’61, JFK and his Defense Secretary Robert McNamara limited the number of missiles, ‘angering’ the JCS. It seems that JFK wanted to limit ‘the offensive capabilities of the nuclear force, at a time when the President could not be sure of his control over the nuclear button’. It seems he gained this control over time. This Presidential control perhaps sets the stage for fears expressed during the Cuban Missile Crisis in October ’62: according to Khrushchev’s memoirs, Robert Kennedy told Soviet ambassador Anatoly Dobrynin that the longer the situation went on the less sure he would be that the military would not ‘overthrow’ the President and ‘seize power’ (in Galbraith’s words – I haven’t read Khrushchev’s).

Galbraith looks at the choice that the Net Evaluation gave JFK: ‘to strike first, or to give up “victory” during the last brief moment in all history when it could conceivably have been won’. For those who wanted to ‘win’ a nuclear war, a ‘period of heightened tensions’ between the nuclear superpowers in late ’63 would be very convenient. But Kennedy seems to have spent his time from the Cuban Missile Crisis onwards ramping Cold War tensions down, and Galbraith provides quite a list of activities: ‘the normalization of Berlin, the withdrawal of missiles from Turkey, the no-invasion pledge on Cuba and the effort, only partially effective, to end the covert campaign (OP/MONGOOSE) against Castro, the test-ban treaty and — though the point is disputed — the order in October 1963 to begin a phased withdrawal from Vietnam.’ 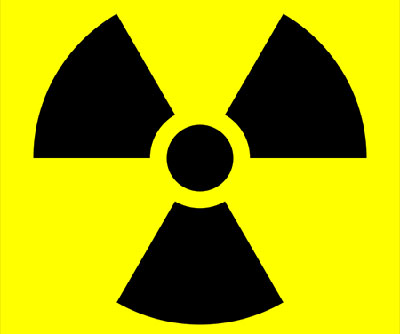 Another Net Evaluation Subcommittee Report was presented to the President at the National Security Council meeting of 12 September ’63. This evaluated ‘a projected nuclear first strike against the Soviet Union, in a time scheme of 1964 through 1968’ (p.xxvii). When JFK quizzed Air Force General Leon Johnson about US losses ‘if we attack the USSR first’ (p.238), Johnson revealed: ‘Even if we preempt, surviving Soviet capability is sufficient to produce an unacceptable loss in the U.S.’, which led him to agree with JFK that they were ‘in a period of nuclear stalemate’ (p.238). Johnson said that each of the US military’s strategies would kill 140 million people in the USSR, and McNamara added that ‘No such attack… could be carried out without 30 million U.S. fatalities…’ (p.240). JFK concluded, ‘Preemption is not possible for us’ (p.240).

Kennedy unexpectedly asked during the meeting, ‘What about the case of preempting today with the Soviets in a low state of alert?’ (p.241, Douglass’s emphasis). McNamara’s reply was, ‘In the studies I have had done for me, I have not found a situation in which a preempt during a low-alert condition would be advantageous…’ (p.241). Douglass takes the trouble to point out that McNamara was the only person to answer the question, and a report of the meeting notes that the question was ‘not actually answered’ (p.241).

Douglass is suspicious of Kennedy’s advisers, and especially of this Net Evaluation being for the period 1964-1968, thus not addressing the previous report’s focus on late ’63. ‘The personally fatal fall JFK was about to enter, in late 1963, was the same time his military commanders may have considered their last chance to “win” (in their terms) a preemptive war against the Soviet Union… their second Net Report to the president… passed over the perilous meaning of late 1963’ (p.242). 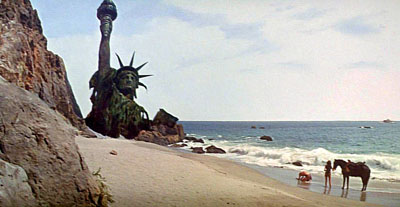 ‘And we call ourselves the human race.’

But that period of history ends there. Kennedy was assassinated, and we know from earlier blog entries in this series that the initial identification of Oswald with the KGB and Cuba was stamped out by Lyndon Johnson and J. Edgar Hoover. Johnson told Chief Justice Earl Warren that millions of lives were at stake, and the Warren Commission was set up and achieved its ends. Johnson, it seems, had no intention of launching a preemptive strike against the USSR, whether he was asked to do so or not.