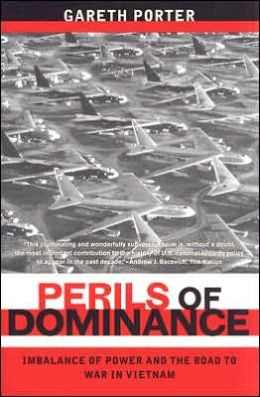 Many years ago now, the film JFK sparked the debate about whether Kennedy would have sent troops (combat troops) into Vietnam or not. Had he lived, would JFK have refused to do what Johnson did?

Did the assassination alter the course of history in this regard? Was the assassination convenient for the military-industrial complex and the national security state, in that they got the war that they wanted? Or would it have happened anyway, but with JFK at the bloody helm?

The best we can do is examine some historical research. Gareth Porter’s 2005 book Perils of Dominance – Imbalance of power and the road to war in Vietnam takes a close look at the relevant historical documents. Its fifth chapter, ‘Kennedy’s Struggle with the National Security Bureaucracy’, contains exactly the kind of information that we’re looking for.

The case of Laos

JFK had visited what was Indochina (which included Vietnam) in 1951 and could see that the French would lose in their war there against a guerilla enemy ‘which is everywhere and at the same time nowhere’ (p.142). His national security advisers had no such impression of Vietnam, and in 1961 they were encouraging him to invade another part of what had been Indochina, Laos, where there was fighting between the Pathet Lao and the Western-backed General Phoumi Nosavan. Unlike the Korean War, intervention from China seemed much less likely, as ‘Mao’s disastrous “Great Leap Forward” had caused a precipitous fall in national income’ (p.144) and made the country weaker. Also during this time, relations began to sour between Russia and China, which gave the US an advantage. The American military establishment was emboldened by becoming the dominant power in the world. 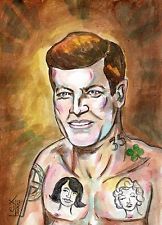 Kennedy didn’t agree with them and invade Laos, instead he agreed with his opposite number in the USSR, Khrushchev, that it was best that Laos should become neutral. JFK ‘initiated a year-long effort to negotiate a… neutralist regime in Laos… he named Averell Harriman his personal envoy to the talks’ (p.146).

Then his national security team urged him to send troops into South Vietnam, which was fighting a North Vietnam-backed communist insurgency. Porter’s view is that ‘South Vietnam was “accessible” to U.S. forces because the global and regional imbalance of power gave the United States such complete freedom of action to intervene militarily’ (p.163). But JFK seemed to be against sending in combat troops, because he agreed only to a ‘counterinsurgency role’ for the US in South Vietnam (advisers, helicopters etc.), which Porter believes ‘reflected at least in part his need to maintain a minimum of political unity in his own administration’ (p.153).

Working against peace in Vietnam

After this, JFK replaced Walter McConaughy, the Assistant Secretary of State for East Asia, with Harriman, who thus became ‘the primary policy maker on Vietnam’ (p.154). But while Harriman could be trusted to go the diplomatic route on Laos, he soon ceased to help Kennedy with negotiations on Vietnam. ‘He had supported such negotiations… only as a temporary tactic to save the Laotian neutralization talks, in which his own prestige had become invested… putting U.S. forces into Vietnam before negotiations would “blow open” the Laotian negotiations’ (p.156). But once the neutralization talks were over, there was no longer any threat to Harriman’s prestige in putting combat troops into Vietnam, so he ‘immediately reverted to the view of the issue commonly held by the national security bureaucracy’ (p.156). 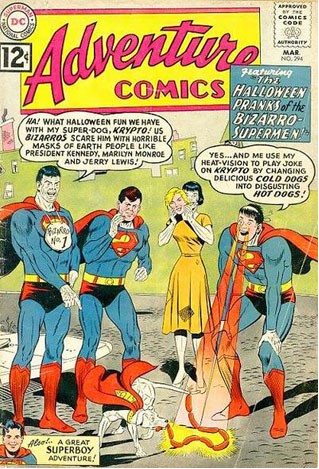 Kennedy instructed Harriman to act on an initiative by John Kenneth Galbraith, the US ambassador to India, who thought the US could talk peace with the leadership of North Vietnam in Hanoi, through India, which could act as an intermediary. Harriman received orders on 17 April 1962: ‘The President wants to have instructions sent to Ambassador Galbraith to talk to [Indian Foreign Secretary M.J.] Desai telling him that if Hanoi takes steps to reduce guerrilla activity, we would correspond [sic] accordingly’ (p.158, the editiorial interjections are Porter’s).

What Harriman actually instructed to be sent to Galbraith in a telegram was to tell Galbraith ‘to explore with Desai whether’ (and Porter emphasizes the whether) ‘he thinks it would be a good idea to take up with Hanoi the question of stopping the guerilla activity’ (p.158). So the telegram would not tell Desai he could be an intermediary. Worse still, Harriman made the message more threatening by adding that if the North Vietnamese ‘behave themselves we won’t escalate, but if they do not it will be dangerous’ (p.158). It was the job of the Deputy Assistant Secretary for Southeast Asia Edward Rice to draft this telegram, and ‘apparently [he] understood that Harriman had not accurately reflected Kennedy’s instructions’ (p.158), because he then drafted something much closer to JFK’s original instructions. Harriman crossed out Rice’s draft and no ‘instructions to Galbraith were ever sent in response’ (p.159). This serves as an example of how the bureaucracy were unwilling to engage in peace negotiations over Vietnam, even if the President was interested. Eventually (March ’63), JFK must have cottoned on, and he replaced Harriman with Roger Hilsman. But the clock was ticking for the President, as we’re now into the last 8 months of his presidency before the head shot. 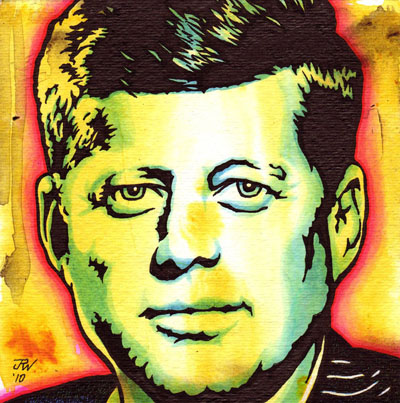 By J.R. Williams, from comicartcollective.com

JFK had told all concerned – the Joint Chiefs of Staff (JCS, i.e. the heads of the US military), General Maxwell Taylor (JFK’s ‘military representative’, a role created because JFK wasn’t happy with the JCS following the Bay of Pigs; then made Chairman of the JSC from 1 October ’62), Paul Harkins, head of Military Assitance Command Vietnam (MACV), Secretary of Defence Robert McNamara and his deputy, Roswell Gilpatric – ‘that “the U.S. military role… was for advice, training and support… and not for combat”‘ (p.166).

While the military pushed for combat troops in South Vietnam, on 8 May ’63 McNamara, loyal to Kennedy, ‘asked Harkins for a phased plan to complete the training of the South Vietnamese and the withdrawal of U.S. forces on a schedule, and suggested that 1965 would be an appropriate target date for the end of the phase-out’ (pp.167-8). McNamara states in his memoirs that this withdrawal was not contingent on whether the training being successful. It was to begin with the withdrawal of 1,000 troops by the end of ’63. The JCS only agreed to withdraw if the counterinsurgency was making ‘progress’, and thought they should have a veto on the withdrawal of the 1,000.

It was hard to see that there would be progress. The situation in South Vietnam was deteriorating. The South’s Diem regime was attacking Buddhist temples, and South Vietnamese generals were telling the Americans they were plotting a coup against Diem. On 3 September, JFK gave instructions that there should be ‘no further contacts with the coup group’ and he ‘announced he was sending McNamara and Taylor to South Vietnam to study the situation’ (p.172). Porter suggests Kennedy preferred Diem in power, because it was easier to withdraw support from a repressive political regime to which the US would not have to remain loyal. Even so, JFK wasn’t going to go up against the JCS, who were against withdrawal. If he announced withdrawal with the military against him, the media would jump all over him as being soft on communism. Any chance for withdrawal lay with whatever policy recommendation that McNamara and Taylor came back from Vietnam with. 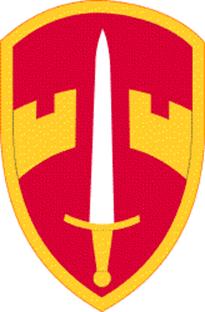 When McNamara and Taylor came back and briefed the White House, Kennedy left it to them to defend the deadline date for withdrawal (by the end of ’65), but then ensured that the deadline date was included in the public statement. Then he ‘insisted that the policy statement derived from the Taylor-McNamara report should be attributed not to him but to his advisers’ (p.177). At the National Security Council (NSC) meeting on 2 October, JFK had it that ‘the entire NSC go on record as supporting the policy, and that his own role would be that of accepting the unanimous recommendation’ (p.177), and this was reflected in the public policy statement. The President seems to have used McNamara and Taylor, both trusted friends of his, as members of his NSC, to come up with a policy that the rest of the NSC would have to put their names to, while it looked like he neutrally took advice, and taking National Security advice wouldn’t make him look any less of a Cold Warrior to the public. This seemed to be a Machiavellian undertaking of his to not get involved in a war in Vietnam.

Unfortunately, the generals in South Vietnam overthrew and assassinated Diem in a coup, which made it harder to withdraw. The generals were more connected to the US. The public would have more easily understood a withdrawal from Diem’s temple-attacking regime. It is known from conversations in November ’63 that JFK now wanted to review Vietnam policy, and he told Senator Wayne Morse on the 12th that he agreed with Morse’s stated opposition to intervening in Vietnam. Kennedy may have been contemplating putting together a more ‘public case for withdrawal’ (p.178) before he was assassinated. 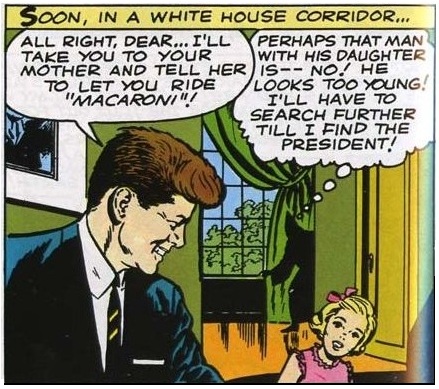 Contact him here.
previous article
Wilderness of Mirrors
next article
JFK and the Unspeakable