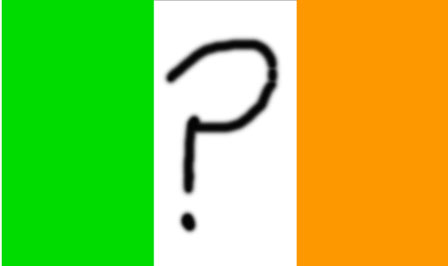 Blather.net is currently being edited from Dublin (Ireland), London (UK) and Oslo (Norway). Needless to say, the North blog is edited here in Oslo. What we like to do in the Blather organization is compare all these environments, totally ignoring all the mad shit that’s going on in the rest of the world. So we sent a Norwegian agent to Dublin to give us his impressions of Irish life, and this is what he wrote.

Irish television.
I didn’t go to Ireland to watch hours and hours of television. So rather than doing serious research on the subject, I decided to watch a random channel for 30 minutes and draw a conclusion from that: Irish television is a laid back talk show. The guest is an old man telling stories about all the cats that used to live in the Guinness brewery. Source: TG4

Introductions in Ireland: An introduction.
The Irish might have lost their native tongue, but when it comes to people’s first names it seems the Irish language tradition is still strong. Going to the pub and being introduced to different people turned out to be a small nightmare. Ireland have their portion of Daves and Sues, but they also have their fair share of Tadhgs, Lorcans, Aoifes, Saoirses, Éamons, Bláithíns and Breffnys.

Traffic in Dublin.
If you want to go somewhere fast, Dublin is the ideal place to be, at least in theory. Yes, in theory riding a dart into town would take only a few seconds. In reality, the DART (Dublin Area Rapid Transit) is just a normal train.
So what about the Luas? This is a quite new and fancy tram system. The word luas means speed in Irish. The Luas can take you round the city at a very average tram speed.
So have these fine mass transit systems eliminated traffic jams in Dublin? Not quite yet. As a pedestrian you have to wait for ages for a green light that only lasts ten seconds. This leaves you with plenty of time to admire the traffic jams. As a tourist it’s easy to appreciate the exotic sides of these endless queues of cars. They’re all driving on the left side with the steering wheel on the wrong side. And there are double decker buses!