Irish Politicians Not Going on Holiday by Mistake 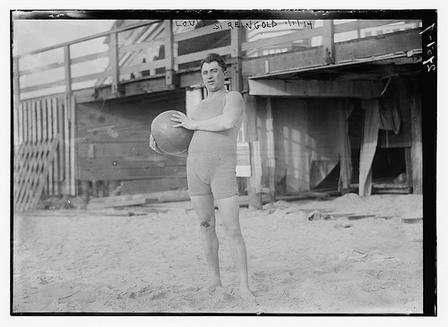 [Dublin] Traumatised Irish members of parliament suffering from emotional exhaustion arising from their efforts at hiding cleaning up the god forsaken mess that is the Potato Republic, today struggled to remain awake in the DÃ¡il chamber (Parliament) while they voted for a extended summer recess.

In an unprecedented display of national heroism, deputies (members of parliament) overcame their political differences in order to agree on a return date for the end of September, 2010, leaving themselves little more then three whole months holiday. “We know its an extra two whole weeks more then we usually get, but then, after the year we’ve had…we feel that its duly deserved”, said Gobnait O’Slurry, Government Chief Whippet and TD for South Co. Cringe. “Youse meeja types are always on our backs over our holidays, but this year we’re actually saving money“.
“By not being in the DÃ¡il for three months, we won’t have to come to Dublin, at all, at all. That means, for us rural types anyway, no claiming expenses for the inconvenience of travelling up to the city while still remaining one of the most highly paid parliamentarians in Europe. Sure Ivor is only ragin’. We nearly shat in our pants when the minister for Finance, Brains Mac Mucaigh pulled out a calculator on his iFanny and did the maths…bejaysis the SAVINGS! We’ll ALL be able to get new secretaries and computer equipment at this rate”.
“And don’t be givin’ us the same auld shite about us not doing anythin’ while we’re home. This is a very valuable time in a rural TDs political year. We’ll be able to get on with the rest of our many duties, such as going to funerals and defending rural Ireland from the imminent ruination of dem stag hating, dog banning Gays. De Poofin’ Ponces. Coming down HERE?? Taking OUR dogs and OUR marriages?”
“NAMA, me arse. Billions of Euro of debt for generations to come, my swinging hairy encrusted mickey. This is where the battle is, mc fucko’s! I’m off now to go man the barricades around my home town of Ballykillmenow. I, myself was instrumental in bringing the famine relief scheme for the unemployed to the area. They’ve been digging a moat around the town since last Wednesday. RISE (Rural Ireland Says Enough!) is organising a nationwide siege next week, on July 12th. We’ve got a load of fella’s coming down from the north to teach us a thing or two about saying NO.

A mainstreet in Rural Ireland, earlier today
(image from National Library of Scotland used under a Creative Commons License)

“You know what I see? I see a whole army of my countrymen here in defiance of tyranny.They come to fight as Gombeen men, and unemployed Gombeens they are. Aye, fight and they may die, run and they may hide. At least a while. But dying in their beds many years from now, would they be willing to trade all the days from this day to that for one chance, just one chance to come back here and tell their enemies that they may take our wives…they may take our daaaags…but they’ll never take our freeeeeedom of conscience!!”
If I leave now, I’ll just be in time to get there and pose for the local papers. Looking all steely determined and stuff. The auld wans lap it up, so they do. Fuckin’ LAP it up.”

previous article
No. France’s World Cup misery doesn’t cheer me up.
next article
Bongs of the Angelus to be replaced with giant BWAHHHHH sounds from Inception