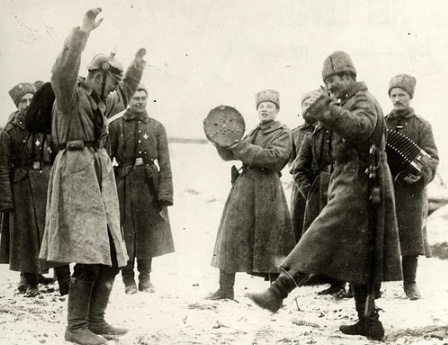 Dear Constituent,
Good morning. A fine Election Day to you. How are you? Did you sleep? You did? Excellent. Me? Ha. I haven’t slept in four days. I haven’t eaten solids for six. I can’t even remember the last time I had a bowel movement. It may have been two weeks ago, in an Abrakestabra at 3 a.m. I’m not entirely sure. Anyway. The only reason I’m still physically standing is because of an unholy cocktail of billy whizz sulphate, dexys, benzos, amyl nitrate, cocaine and Lucozade sport. But do you hear me complain? You do in yer fuck.

I am writing this to let you know that I’ve been personally out all night hand-delivering this letter to your doorsteps. You: the prattling proletariat, the great unwashed, the huddled masses. I have been forced to listen to all of you, ad nauseum for the last month. And now that election day is upon us, I want you to listen to me.
Now listen up, ye shower of prancing, whining, spoilt rotten, leftie yoghurt-knitting pinko fucksticks. I’ve had enough. Enough of the moaning and the whining. Enough of the rosary roaring, fundamentalist mulchie mullahs. Enough of the bastardin’ backward, ‘going forward’ corporate whoremongers, the shell-suited, toe-rag, scabies-riddled dolescum. Ya basta to the greased up, rubber-wearing, sex crazed, ginger bearded deviants and their burlesque club hipster bollocks. Enough of the bung-throwing, winking and nudging, envelope-smuggling, yacht-owning, tax-dodging, smarmy special interest shitheads and their scum-sucking banker mates, sitting in leather couches telling me what to do with the tax rate after spending half the year snorting great ropes of gak off the upturned arses of underaged Eastern European prostitutes. Listen up and listen fucking good.
THERE IS NO MONEY.
Anywhere. None. Not a cent. Not a fucking punt. Ye may as well raid your own childers piggy bank. No, scratch that, you probably already have. You may as well auction them on e-bay. Fuck ’em. We can’t afford the next generation anyway. You may as well cover yourself in Vaseline and pimp yourself out down the back of the nearest canal. Cos thats all thats left for yis for the next 20 years. All any of you can do, is lube up, bend over, close your eyes, think of glorious Ã‰ire and hope the fuck that billion dollar bondholder bukakke doesn’t goop up your eyelids. Don’t worry about it getting in your hair. Don’t worry about the fuckin carpet. Its going to be EVERYWHERE.
And no, the feckin Germans and the French are not to blame. YOU ARE. Ye know why? Cos the bleedin’ Krauts and the Frogs didn’t elect the in-bred, hillbilly, cute-hooring, tax-avoiding, golf-playing, stroke-making scumbags that fucked the whole thing up. Knuckle-dragging, cumman-cunting hoors like you did. And don’t pull that face either. The one that says ‘Who, me?’
I mean you. Yes you, you degenerate, bottom-feeding, good-for-nothing BASTARD.
So don’t worry about giving me a vote lads. Seriously. You’ve done me a favour.
I hope the country burns to the fucking ground and gets taken over by a pack of foaming-at-the-mouth Euro-Christian, wurst-chewing, pretzel-farting bankers in spiked lederhosen who nuke the fucking thing from orbit.
It’s the only way to be sure.
Is mise le meas,
A O’Candidate.
Image from Flickr Commons, used under a CC licence
Previously
Fear and Loathing in Leinster House: Letters from the Campaign Trail, Day 1

The disembodied collective editorial voice of the only really nice website in Ireland.
previous article
Fear and Loathing in Leinster House: Letters from the Campaign Trail, Day 6
next article
Gerry Adams Under Attack After Not Mentioning Bobby Sands In Interview