Fear and Loathing in Leinster House: Letters from the Campaign Trail, Day 4 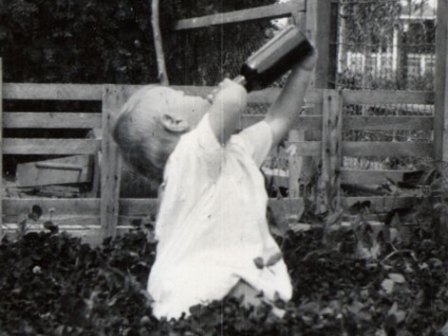 Dear Scutzer,
Many thanks for your very interesting letter which I received last week. It did however take several attempts on behalf of some of my staff to decipher the more unusual idiosyncrasies of your turn of phrase; so you will have to forgive me if I cannot address all your points in their entirety.

In a time of historical and political firsts, your correspondence holds a special place in my heart as representing the first physical letter I have ever received that was a) so elegantly expressed in text speak and b) written on the back of a social welfare application form. I commend your outstanding use of poetic and artistic metaphor. You are, quite literally, a walking community arts project just waiting to be grant aided.
I am delighted to hear of your new found interest in politics. With regard to some of the local issues close to your heart:
I have to admit that I have not come across this particular problem before, but now that you say it, yes indeed, the decriminalisation of “re3p0nsible Kn@kker Drinkin” is a worthy cause. If I can help you in any way, I will certainly try. After all, we must encourage local community pride at all times.
Securing such a consensus and relationship with your local police station could also, perhaps, go a long way towards the tackling the related issue you raise: i.e. the reduction in price of cans of Scrumpy Jack. Not that I have any sway with the Irish Vintners Association, mind; but I would imagine that any corresponding decrease in criminal statistics (should responsible consumption of alcohol within your locality be introduced) would no doubt encourage new enterprise to become attracted to the area.
Your proposal of using the NAMA owned ghost hotels as designated wet houses, where the legalisation of soft drugs could be allowed is an intriguing idea and one which I shall indeed give further thought to. As is the idea of county council sponsored Community Raves for the under 18’s. Your concern for the possible negative effects of drug consumption on teenagers is all to apparent in your thoughtful and conscientious idea of a limited number of Coffee/Head Shops on offshore islands like Blasket, Aran & Tory. Not only would this promote tourism down the country, as you say, but would indeed keep it out of sight of young impressionable minds; except perhaps, those attending Gaelteacht Summer Schools, which I anticipate could be a considerable spoke in the wheels of such a project.
I feel I must take issue with some of the rest of your proposals, however. Replacing the national anthem with a “Hrd t3chn0 vershun in Rder 2 apeel 2 d kids” is neither inclusive or constructive. Frankly, neither are your suggested changes to the leaving cert curriculum. Car augmentation, or “hubs/fins&neon sh1t” as you refer to it, is fine for extra-curricular activity in Transition Year; but in reality holds little enough educational benefit to be applied across the entire system. Your outlandish ideas for girls to be given classes in “m@kup & micky money â‚¬nt1tlements” is not only grotesquely absurd but is quite possibly the most sexist comment I have yet to receive during this election (And believe me, I know, having recently canvassed the local golf club).
Finally, can I also say that any idea involving the establishment of “culchie checkpoints” at all entrance routes into and out of Dublin city is patently unworkable, let alone tantamount to racism and prejudice. There is no room for any such policies in my or my parties manifestos. I mean, really Scutzer, this election is far too serious to be making a joke out of things. You are joking right? Because I can’t imagine that anybody, not least somebody from…
Scutzer, I have just checked your address and it seems you are currently residing in Mountjoy Prison.
You do know you are not entitled to vote, whilst in there? Are you even registered to vote at all? At what stage in your drug addled criminally stunted arrested development did you think it would be a good idea to waste your own time and mine as well? For gods sake, man. There are children in play school (whose parents never dropped them on their heads trying to simultaneously breastfeed in a field whilst also knacker drinking) that have more sense then the likes of you. There are…oh forget it.
In the name of all that is sane and holy, please: cease and desist.
I trust this letter finds you well and would be most grateful if you your family could find your way to giving me your No. 1 on Election Day.
Is mise le meas,
A O’Candidate
Image from the Flickr Commons, used under a CC licence