Fear and Loathing in Leinster House: Letters from the Campaign Trail, Day 6 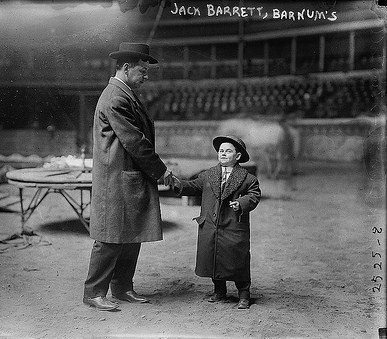 Dear Mr. O’Gill,
Many thanks for your letter, which I received last Monday. As you know, I made a campaign promise to personally answer all manifesto related enquiries received; something which I very much regret in recent days. Your 735 page document, with its associated laminated maps, brochures, and cellophane wrapped ‘sample products’ has not, I’m afraid, given me any reason to change my mind. With the election almost upon us and time being of the essence, I fear this must only be a cursory reply to some of your ‘suggestions’.

Firstly, let me state quite clearly that I can not, do not, and will not formally recognise you as “Extraordinary and Plenipotentiary Ambassador on behalf of the Leprechaun Nations”. I’m not even going there, my little green friend. Good luck with that. Secondly, as far as I know, the Irish government does not grant enfranchisement rights of voting, citizenship etc to fictional beings. So, I’m afraid your out of ‘luck’ there. Thirdly: I’d be delighted to expose any evidence you can supply that Leprechauns “are being forced to work grubby jobs for less then minimum wage in the black economy, forced to eke out a living on the fringes of society”. No really, I would. Send me a picture. In fact send me one of the little feckers. I’ve had awful trouble cleaning my drains lately and I’m certain they’d be just the men for the job.
As to your offer of negotiating the handing over to the State of 73 metric tonnes of gold as ‘Hello Money’; please inform ‘His Lowness’, the King of the Leprechauns, that the rules have changed in recent years. If it doesn’t fit into a brown envelope, we don’t want to know. Sadly, my hands are very much tied on this. I’m sure you’ll understand.
Now to the crux of your letter. I must say, the creation of a ‘Leprechaun Pyramid Scheme’ to facilitate the rapid repayment of the IMF and ECB emergency funds is not only tempting, but gloriously ironic, don’t you think? But even Seany Fitz himself could plainly see that “selling vast rezoned chunks of the Irish boglands to fierce thick Yanks with full planning permission to mine for gold” is just plain crazy.
I mean, really, what sort of honest to god fearing, potato eating, 1.5 apartment building, half the minimum wage immigrant employing, Bulgaria holidaying, 4×4 owning, Indo reading, Eddie Hobbes fan clubbing, Katy French loving, Bertie worshipping developer in his right mind would fall for that one? Please, my friend. You’re just insulting me now.
Lastly, I would have normally laughed off your plainly obscene ideas for local enterprise as the sick machinations of a sadly dysfunctional and diseased mind; but seeing as your 243 page glossy brochure goes into such explicit photographic detail regarding the matter, I fear you are actually half serious.
Listen to me, you warped wannabe. There is no court in the land that would offer you immunity from prosecution for producing LeproPorn (TM) and LeproMerchandise (TM). I don’t care if its “fast becoming a lucrative internet business”. Its illegal and immoral, you twisted son of bitch. I don’t care if you are “only cornering the existing market for this class of filth”, or that you are only supplying “them feckin’ japs man, durty feckers, but by Jesus do they love smelling what they think are lepro-panties”. Sweet mother divine, the more I flick through the brochure the more horrified I am. Oh and while I’m at it, what an appalling and shocking manner in which to treat our National Monuments. I’m looking at the “Poulnabrone Poontang Gangbang” as I type. Saints alive man, there are little children who have picnics under that!
Don’t think for one moment that I’m not going to forward this, along with your name and address, to the Gardai, either. There’s plenty of ‘exterior shots’ which should enable them to narrow down which “cottage complex in Connemara” you and your criminal gang are operating from. I know for a fact that there aren’t that many midgets in Galway either, so wherever you’re trafficking them from, a stop will be put to that, I can assure you.
Seriously man. You are beyond redemption. Never contact me again, do you hear me? Never.
I trust this letter finds you well and that you will see your way to giving me your No. 1 on Election Day.
Is mise le meas,
A. O’Candidate
P.S. I am returning your hand-crafted sniff-able lepro-knickers sample, unopened and by registered mail. Photographs have been taken to prove this.
Image from Flickr Commons, used under a CC licence