Gerry Adams Under Attack After Not Mentioning Bobby Sands In Interview 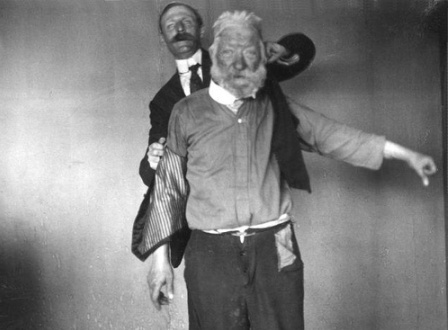 [LOUTH] Just days after being elected TD for Louth, Baron Von Gerry Adams has been criticised for “forgetting his roots”, after he allegedly failed to make any mention of hunger striker Bobby Adams in a 30-minute period. Mr Adams’ reported lapse occurred during a nationally-broadcast press conference, during a prolonged speech about economics.

“Mr Adams has clearly lost touch with the will of the people in record time,” said a Sinn Fein member, speaking under terms of strict anonymity. “There’s people saying that the power has gone to his head and as a result shock and dismay are are rife throughout the Sinn Fein ranks. We have no idea how Gerry expects to get ahead in the Dail if keeps talking about economics and cannot remember to remind the Plain People of Ireland about our most revered Fenian martyr, the hunger strikes and the Peace Process”.
Shinners were said to be aghast during a nationally-broadcast press-conference from Sinn Fein headquarters when the Sinn Fein president went a whole half hour without mentioning Bobby Sands, hunger strikes or the Peace Process. Handlers were seen to be frantically prodding Adams with sticks, electrified devices and assorted sharp implements as the new TD veered horrifically off message and started talking about the economy for a full five minutes.
Several dogs are said to have commenced howling outside the building as well as there being numerous reports of UFOs flying past in V-shaped formations.
More as we get it.
Image from Flickr Commons, used under a CC licence

The disembodied collective editorial voice of the only really nice website in Ireland.
previous article
Fear and Loathing in Leinster House: Letters from the Campaign Trail, Day 7. Election Day
next article
Sinn Fein Stunned To Find Signs Of Civilisation South of Border