More recommended Norwegian music from the 2000s! As I stated in part 1, Norway may have its fair share of unoriginal pop/rock blandness, but there is much to be said for the new and original music being made here. At the time, I mentioned “Anglo-American cultural imperialism” and I’d like to qualify what I mean by that. I do not criticize Norwegians for singing in English, or for having English-language titles to their instrumental music. This is the only way to gain an international audience, and anyway I believe strongly in cross-pollination of cultures. And I like it. There’s nothing more tedious than narrow nationalism. I suppose what annoys me is when smaller nations feel they have to copy the most shallow clichés of the English-speaking world, out of some kind of twisted inferiority complex. The musicians I applaud in this blog elevate the forms of music in which they operate, and are in a great sense international.
Here’s a very good example of how much fun multi-cultural juxtapositions can be. The Norwegian band called Now We’ve Got Members.

Now We’ve Got Members Le Jardin (Metronomicon Audio, 2003)
When I first DJed from this album (at an event in London), people were perplexed by what they were hearing: a mixture of thin indie guitar-playing/singing and overt Balkan melodies. Usually listeners are confronted by such melodies only in the context of “ethnic” music. Here no boundaries like that exist. The result is a kind of totally new pop. Initially, I didn’t like the few “non-Balkan” songs here, but they’re emotive, intricate, and they’ve grown on me. Anyway, there are songs that flit between styles, like the great three-part epic “The Garden”. Most surprising of all is “La Histoire Fantastique”, an almost cinematic piece, in which a Frenchman tells a story about some tomatoes. 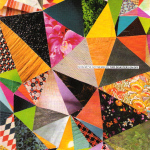 Now We’ve Got Members Tiny Disasters On/Off (Metronomicon Audio, 2004)
You can reverse the colourful sleeve of this album, so that it’s black-and-white, and its title becomes There is no sound in space, there is no wind on the moon. A development from the previous album, this time the band have acquired a great deal of sonic power, and Balkan-style melodies are performed with explosions of folk-pop energy. Long, complicated song structures dominate – it’s almost as if progressive rock could possibly be fun. Song titles like “You feel dizzy/we feel dizzy” and “?/?” say it all.
Other acts I’ve written about:
Deathprod
Portrait of David
Maja Ratkje
Salvatore
Supersilent
Susanna and the Magical Orchestra
The White Birch
Nils Økland