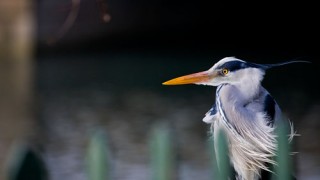 .flickr-photo { border: solid 2px #000000; } .flickr-yourcomment { } .flickr-frame { text-align: left; padding: 3px; } .flickr-caption { font-size: 0.8em; margin-top: 0px; } Grey Heron, Ardea Cinerea, blowing in the wind, originally uploaded by Dave Walsh Photography. My friend The Heron, again, hanging out behind a fence by the Tolka River. At least this time I had the right lens (Canon 100-400 L IS USM). The heron's feathers are blowing in the wind, and that's a fence in the foreground, in case you're wondering. Here's the other photo of the heron from last week... Grey Heron, Ardea Cinerea, right beside Annesley Bridge on the bank of the Tolka River, by Fairview Park in Dublin (11/02/2009).

.flickr-photo { border: solid 2px #000000; } .flickr-yourcomment { } .flickr-frame { text-align: left; padding: 3px; } .flickr-caption { font-size: 0.8em; margin-top: 0px; } Ha'penny Bridge, Dublin, originally uploaded by Dave Walsh Photography. A quiet still evening, amongst the early winter storms... The Ha'penny Bridge, known later for a time as the Penny Ha'penny Bridge, is a pedestrian bridge built in 1816 over the River Liffey in Dublin, Ireland. Originally called the Wellington Bridge (after the Duke of Wellington), the name of the bridge changed to Liffey Bridge, its official name to this day. It is still commonly known as the Ha'penny Bridge. The toll itself was dropped in 1919; before this there were turnstiles either end of it. 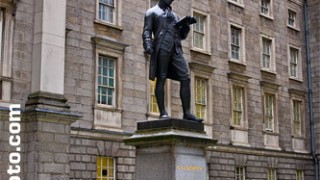