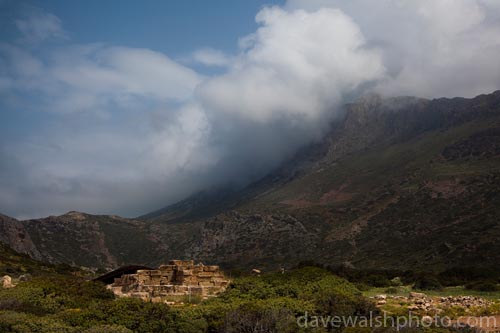 Archaeological remains of ancient Greek city of Falasarna or Phalasarna, near Kissmos Kastelli in Crete, Greece which dates to between the 3rd and 4th century BC. Apparently damaged by an earthquake in 365 AD, it was the harbour for nearby the nearby stronghold of Polyrrhenia. The ruins are open for the public to wander around and are near the beautiful Falassarna beach.

Chief Bottle Washer at Blather
Writer, photographer, environmental campaigner and "known troublemaker" Dave Walsh is the founder of Blather.net, described both as "possibly the most arrogant and depraved website to be found either side of the majestic Shannon River", and "the nicest website circulating in Ireland". Half Irishman, half-bicycle. He lives in southern Irish city of Barcelona.
Tags:falassarna
previous article
Falassarna Beach, Crete, Greece
next article
Elafonisi Beach, Crete, at sunset