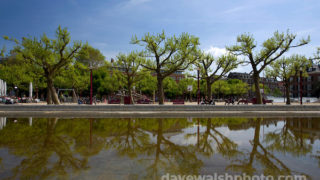 .flickr-photo { border: solid 2px #000000; } .flickr-yourcomment { } .flickr-frame { text-align: left; padding: 3px; } .flickr-caption { font-size: 0.8em; margin-top: 0px; } Suburban reflections, originally uploaded by blather. Get the high resolution version » Canal and apartments near Heemstedestraat, Amsterdam. I spotted this while walking from the Greenpeace office in Amsterdam. My colleague, Brian, told me "go photograph Amsterdam, you always see it differently to me", but I don't think anyone was expecting that I'd find my photograph just the other side of the Amsterdam Centraal to Schiphol airport line from the office.

The Rainy streets of Amsterdam... Buy this photograph »

Beercan in the Heather

Buy photo » Amsterdam: They're hiding beer in the heather here...

Self portrait in a bicycle lamp

Buy this photo » Photo from my hotel window... of the Stedelijk Museum rooftop

Buy this photo » Swamped boat seen in the Prinsengracht, Amsterdam

Who’s that bird on the telly? Amsterdam Canal