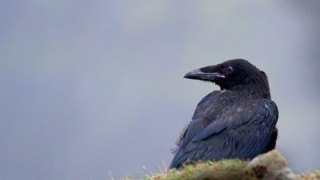 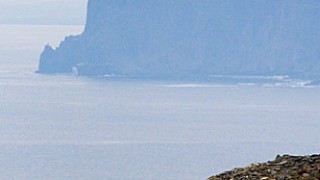 Dawn Raid: Raven diving from the Cliffs of Moher, this morning

I was sitting on the Cliffs of Moher a few weeks ago, watching the sunset from Hag's Head. A raven streaked by, swooping and croaking. My camera was set up for a slow shutter speed, but I fired anyway... and got this impressionistic shot.