Nights with my Demon Lover 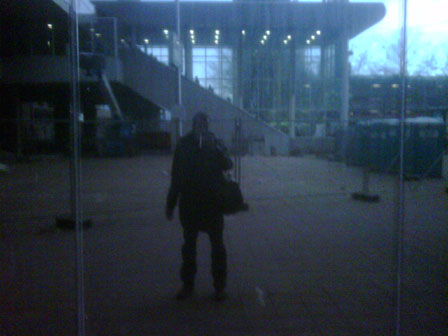 By Ann D’Artry Delaroche
My lover and I are face to face, and intimate; kissing, laughing, and joyous. We make love, and pillow-talk nonsense. I open my eyes and stare into the dark. I am alone. I close my eyes; the light and his presence are strong. We are two seas and a thousand kilometres apart. This is my initiation into psychic sex.
The Holy Ghost is the most famous incubus, the male supernatural being who visits slumbering women by night. Catholic pre-marriage guidance teaches that the Holy Ghost is the third presence in the marital bedroom but otherwise warns against contact with such beings, citing health risks, even death. Perhaps this is no more than an attempt to colonise the supernatural and corral the infinity of soul within prescribed boundaries.

Yeats and Maud Gonne practised the rituals of the mystical society, the Order of the Golden Dawn, to meet on the astral plane during a silent meditation. A famously unconsummated love affair, nonetheless both believed that they had undergone a spiritual marriage.
William Burroughs cited a chapter on ‘Sex in the Second State’ from Robert Monroe’s 1971 bestseller Journeys Out of the Body, as the most objective modern description of sex with a succubus (the female form). ‘The sexual action-reaction in the physical seems a pale imitation or a feeble attempt to duplicate the very intimate form of communion and communication in the second state. The act itself is an immobile rigid state of shock where the two truly intermingle, not just at a surface level and at one or two specific body parts, but in full dimension, atom for atom, throughout the entire second body. In the immediate moment there is a mind-shaking interflow of electrons, one to another, unbalanced charges become equalized, peaceful contented balance is restored, and each is revitalized. All this happens in an instant, yet an eternity passes by. Afterwards, there is calm serene separation.’ Burroughs regarded the dangers of psychic love as exhaustion, and loss of interest in human relationships as a consequence of the comparative ease, convenience and satisfaction achievable through sex with a supernatural being.
Where sexuality and spirituality meet is a strange and wonderful place. Vedic tradition embraces sacred sexuality; as does Tibetan Buddhism, in which the imaginary lover is known as a tulpa. In Ireland a perverse doctrine of sexual morality resulted in a holocaust, casting a deathly shadow of sin and shame over the most natural and joyous aspect of human experience. Like food, the basic necessity of sex was manipulated under artificial rules and taboos to exercise control over the mass populace. Culture is our operating system, controlling our desires and actions, and we continue to evaluate sexuality as good or bad strictly in terms of such inhibitions.
The fallacy of this viewpoint is shown in that we cannot reconcile sexual practice with social rules. In our society in particular, the rules have changed in the last fifteen to twenty years, and no one is quite sure what the new rules are. Sex at best is communion with the divine; spiritual exchange between human beings, maybe in the presence of the Holy Ghost, tulpa, incubi and succubi.
I associate my demon lover with a distant lover. He has practiced meditation for a long time and has had many psychic experiences. We casually agreed to ‘meet’; at this stage I had not read any of the literature on the subject and did not know what to expect. As I was getting ready for bed, I had a distinct sense of another presence. I didn’t make any effort to conjure up the tulpa, he was there, very playful and joyous. Nor did he disappear shortly after orgasm, he kept me up for quite some time with his teasing and his chat.
A scientific rationalist sees an imaginative woman masturbating. I am in communion with a supernatural being. The richness of human experience is impoverished when we insist on denying and rationalizing non-material aspects of reality. At the very least psychic sex offers a more soulful experience than jerking off to pornographic images of commodified human beings.
So many aspects of human experience are appropriated by the consumer capitalist society until the only dream is of material enrichment and eternal youth. What happens when we all dream the same dream?
If we don’t dream, we may die.