Musikkfest Oslo and Other Adventures (with poetic licence) 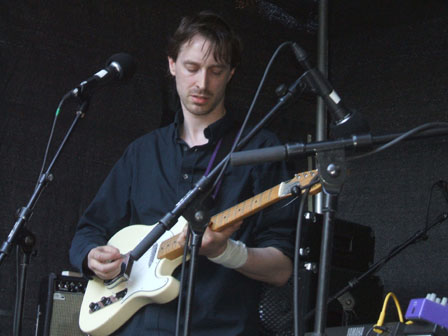 I
One June night, a tram-track threw me from my bicycle
A guitar-playing hand reduced to impotent rage!
Determined to play the 7th, Oslo’s festival
In time the hand moved – yes! – Dacianos took the stage! 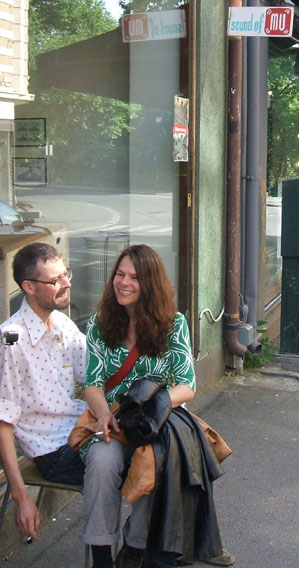 II
There was not one but two concerts that I – injured – played
For June 10th was the birth day of cosmic Anne Bang
The plan for a top secret show was carefully laid…
With Masse Lys and C.O.U. ’twas three acts that sang 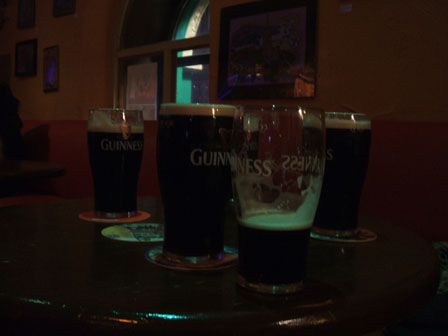 III
I flew by plane next day to the green isle, Ireland

Thinking Europe’s not so bad, in Dublin voted YES
In the Lisbon Treaty referendum that was held
But Ireland’s NO may yet turn out to be all for the best 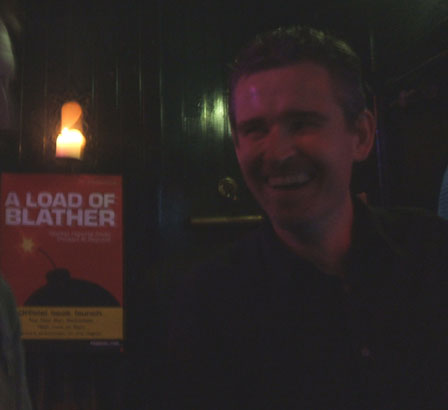 IV
The night of June the 12th brought the Blather book launch
A co-written tome by me with some writers bizarre
We drank our hundred free pints and held our egos staunch
Stayed up til 9 a.m., although bed was not too far! 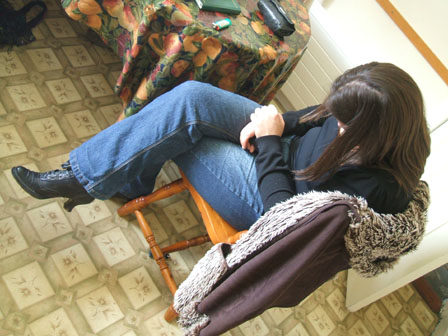 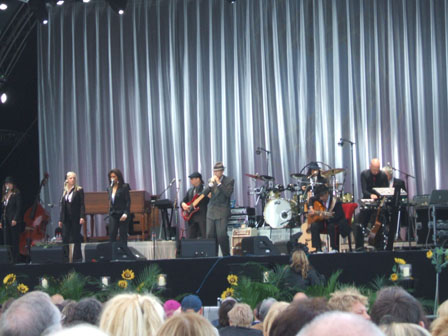 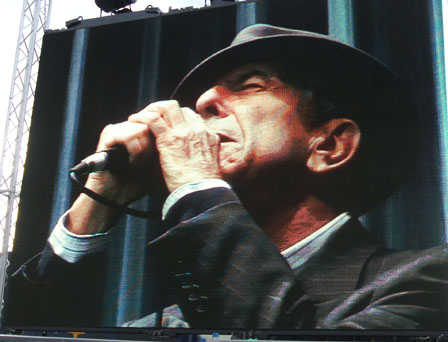 ‘Twas fifteen years ago he last on a stage performed
Said Len: “Then, I was a kid of 60 with a dream!” 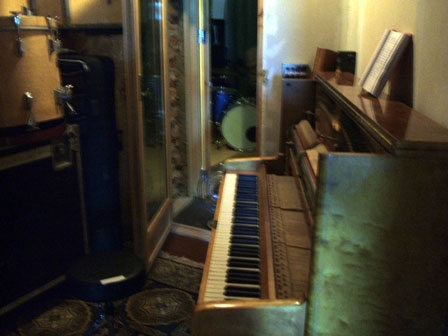 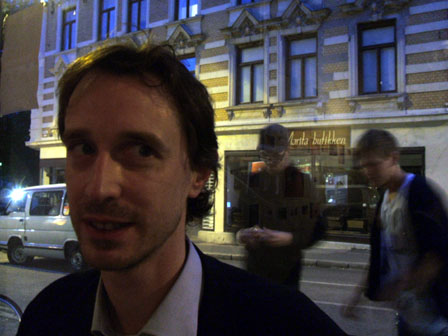 VII
This poem ends June 17th, my birthday: 35!
I shared a party with Kristin, turning 22
Just the thing, you’d think, to make me feel young and alive
But that feeling came from oldies, partying till noon…

Photo credits (to the best of my recollection):
Me at Musikkfest Oslo by Jonas; Anne and her cosmic partner Kjell-Olav by me; Guinness at the Czech Inn by me; Dave, co-author of A Load of Blather, by me; sleeping Liz by me; Leonard Cohen pics by Dan; piano by me; me at the window on my birthday by Ellen.

Contact him here.
previous article
Skien
next article
A Load of Blather in Norway