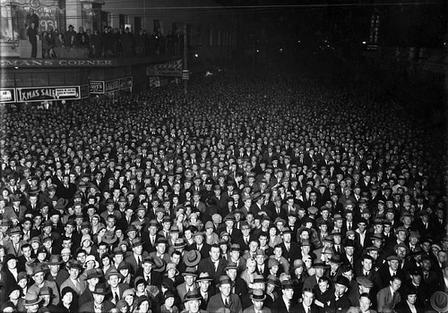 [DUBLIN] On Tuesday, an elderly British woman became the first inhabitant of the British Isles to visit Ireland in nearly a century. Her expedition included an army of security guards, short, fat dogs and the British ‘Prime Minister’ (similar to our Taoiseach). The British Isles are a small archipelago that lie to the east of the Irish mainland. The woman, who appeared to have borrowed her outfit from Iris was said (via a translator) to have been amused by the ‘very odd accent’ of the inhabitants.
Taoiseach Enda Kenny was asked to comment, but was stopped from doing so by several members of Seal Team Six who cited a a British Court-ordered superinjunction which prevents him from mentioning the woman by name.
His own political party, Fine Gael, are said to be enamoured with the idea and are considering lodging their own superinjunction against him saying ‘anything at all in public’ during the coming weeks.

The small crowd of protesters who turned up to object to elderly British women coming over here on holiday in general were not however shy with their comments on the matter. Members of ‘Ã‰ire Gee’, the political wing of a self styled paramilitary brigade of unemployed arts graduates were most vocal in their opposition to the days events.
Chanting “Gee’s are good, gee’s are good’, youknowharimean?, bleedin’ gee’s are good” and carrying placards that said “Pricks out! Pricks out!” they made their presence felt amongst the large scrum of media that not only outnumbered them, but surrounded them for much of their protest.
Their spokesperson DeclÃ¡n ‘Deco d’gecko’ Nolan later privately admitted that the whole thing was just a sideshow of a sideshow. “To be honest we were just creatin’ a bit of a distraction for the guards. The rest of our mates were downtown robbing premiership jerseys and addidas runners from Champion Sports outlets. There’s not a guard to be had in the rest of the country, like. Its bleedin’ rapid. She should come more often”.
Meanwhile, there are rumours that the British woman’s elderly husband has slipped off with his personal protection team for a few short ones at an undisclosed location and that concerted efforts are underway to convince him that he actually is in another country, and that “having a crack at the Mick” is not a popular local pastime.
Sources have confirmed that the British couple are suffering extreme culture shock despite being surrounded by locals who look the same and speak the same language; as well as familiar shops and brands, 18th and 19th century British styled architecture, British designed streets, universities, statutes, lamp-posts, postboxes, insignia’s, symbols, iconography and furniture.
Latest reports from within the unidentified hostelry indicate a complete sense of incredulity on the matter; particularly as he is currently surrounded by pictures and posters of victorious Rugby and Cricket Teams.
Image is Election Night Crowd, from the National Library New Zealand, used under a CC licence

Blather @blather
Jan 29, 2019 @ 7:36
The Return of the #RedPanda of #Ulster? 2019 - escape: https://t.co/cRf3KqBUj1 - but back in 1999, a red panda, Sherpa escapes in #Belfast, at large on Cave Hill! https://t.co/ZNzXWIPb7O @BelTel @jackbern23
View on Twitter
2
1
Please enter the Page ID of the Facebook feed you'd like to display. You can do this in either the Custom Facebook Feed plugin settings or in the shortcode itself. For example, [custom-facebook-feed id=YOUR_PAGE_ID_HERE].