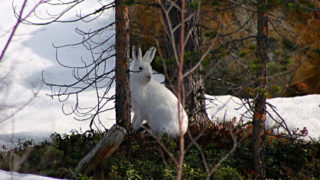 Took this about photograph of an arctic hare about an hour ago, in the forests around Inari, Finland Get high resolution version more pics: