“Isle of the Dead” Iceberg, Antarctica

.flickr-photo { border: solid 2px #000000; } .flickr-yourcomment { } .flickr-frame { text-align: left; padding: 3px; } .flickr-caption { font-size: 0.8em; margin-top: 0px; } Isle of the Dead Iceberg, originally uploaded by blather. Click here to order a print of Isle of the Dead » Southern Ocean, 8th February 2007. Reminds of Isle of the Dead by Bocklin and Homage to Bocklin by Giger. If you want to see how big this iceberg is, see this image, taken from the other side, with a helicopter for comparison. Photo made on board the Greenpeace ship Esperanza's expedition to the Southern Ocean Whale Sanctuary to find the Japanese whaling fleet © 2007 Dave Walsh 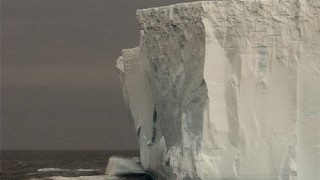