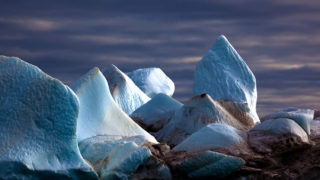 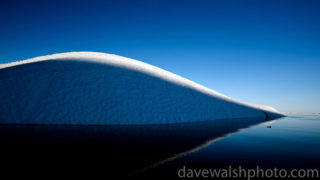 .flickr-photo { border: solid 2px #000000; } .flickr-yourcomment { } .flickr-frame { text-align: left; padding: 3px; } .flickr-caption { font-size: 0.8em; margin-top: 0px; } Antarctic Iceberg, originally uploaded by blather. Continuing with my year-old icebergs... As I said last week, I've resolved to edit all the lovely iceberg photos that I didn't already edit - this one is January 3rd, 2008. I'll keep throwing a few news ones up now and then.... This time last year I was in the Southern Ocean, on board the Greenpeace ship Esperanza - we were looking for Japan's whaling fleet. We found them, and stopped them whaling for 14.5 days! Catch up with the campaign to end whaling » Oh, I miss the Antarctic, and want to go back... Lots more icebergs here »

Iceberg: Growler in the dim light 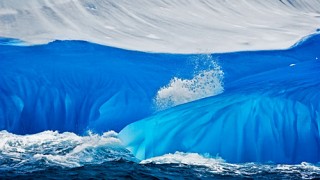 National Geographic Traveller's Intelligent Travel blog have just used my Blue Ice photo in an article about Antarctica's White Noise Scientists at the Perennial Acoustic Observatory in the Antarctic Ocean understand this concept, and have bottled the sounds of the Antarctic for the world to appreciate with "an acoustic live stream of the Antarctic underwater soundscape."