In Galway in January? Sue is Ophelia in a new interpretation of Morwax’s production of Hamlet at the Town Hall Theatre. Set in the 1930s, and directed by Peadar de Burca, the cast includes John Leyne as Hamlet, with John E. Regan, Rose Flynn, Sue Walsh, Danny Cronin and John Tuohy.
It’s on from the 24th to the 29th of January, tickets cost €16/€14
Tickets from the Town Hall Theatre »
I do not know, my lord, what I should think. – Ophelia 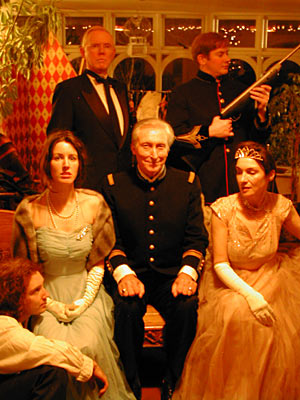 Chief Bottle Washer at Blather
Writer, photographer, environmental campaigner and "known troublemaker" Dave Walsh is the founder of Blather.net, described both as "possibly the most arrogant and depraved website to be found either side of the majestic Shannon River", and "the nicest website circulating in Ireland". Half Irishman, half-bicycle. He lives in southern Irish city of Barcelona.
previous article
O Cruel Death! At the Hill of Slane
next article
The dead are coming to dance in Dublin