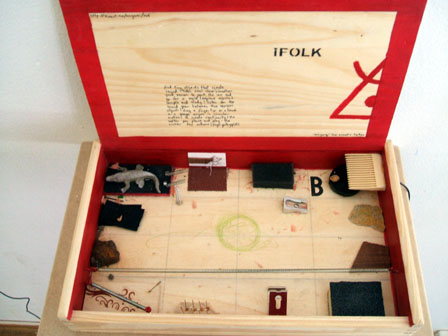 Bored, bored, bored of people making electronic music “on their laptops”? Then welcome to the iFolk, the new generation of acoustic laptops. 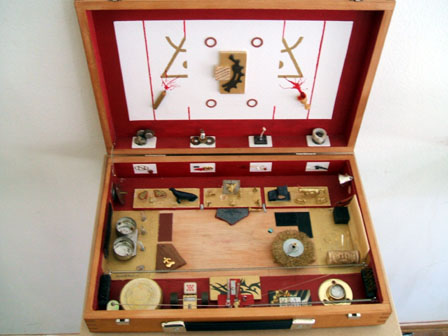 These are the invention of Norwegian noise musician Tore Boe, and essentially the sound comes from a contact mic placed inside. Touch any item on the laptop and it will make a noise. We are exhibiting five of these at Sound of Mu at the moment: 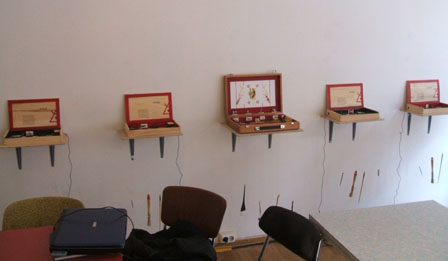 You can see the brushes, pencils etc. hanging down there. These are the implements with which to play the springs, needles, toy crocodiles etc., and the wooden surface itself. Artists and rock stars come to Mu to express themselves. Here they are playing: 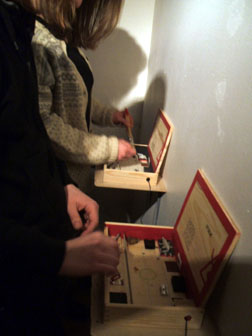 Tore also conducted an acoustic laptop workshop. That’s him on the right: 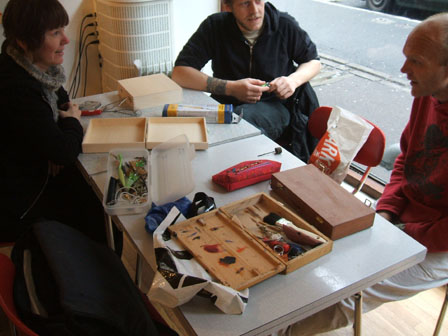 They are easy to build yourself. You just need a wooden box, a contact mic and some household junk. We were very happy to get Tore to come here, as he lives in the Canary Islands, and even better, his visit coincided with that of another special guest, musician Charles Hayward, who was in the legendary late-1970s post-punk / anarchic pre-everything kind of band This Heat and has been active ever since. He played live: 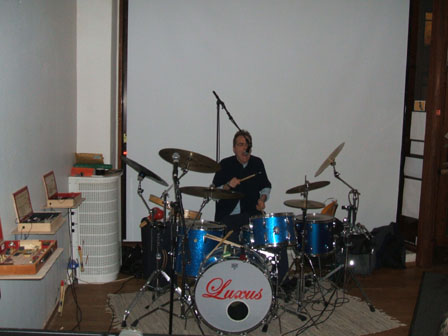 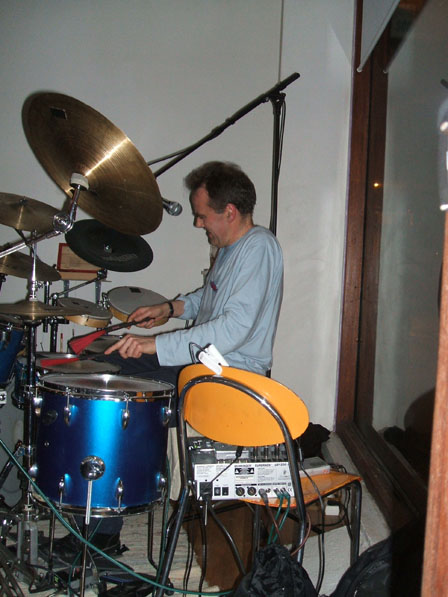 Yes, once again art and music collide. Which is the point.
Apart from being general manager of Sound of Mu, I also occupy myself with analysing what it is we are actually doing. For instance, we run the place as a collective, yet it is not a democracy, so what kind of organization is it? Well, those who put in the most work have the most say in how the place is run. After a little research, I found that the word for this is ergocracy. Like the more familiar word ergonomics, the word ergocracy is derived from the Greek word ergon, meaning “work”. And before transliterating, ergon in Greek is spelled eµrgon, which includes the letter Mu. Naturally.
Ergocracy being an uncommon word, I did not find it in a dictonary, but instead found a good definition of it in an online discussion about open source software: “…those who contribute most work to the project, also influence its direction the most.”