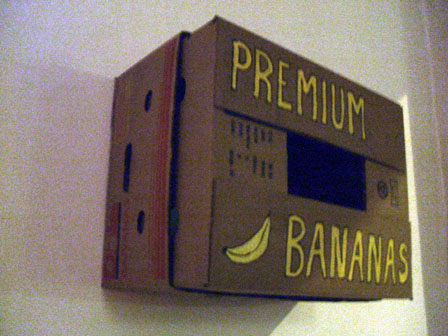 About a year and a half ago, artists Trond Arne Vangen and Frode Fivel completely changed our bar with cardboard and convincingly made it look like an old-fashioned bar with old-style wood furnishings. Now the duo are back with more cardboard, with a concept based on a banana box. I’ve got some photos here, which should show you (especially readers who have been here) how dramatic a change this is to the normal use of the space. 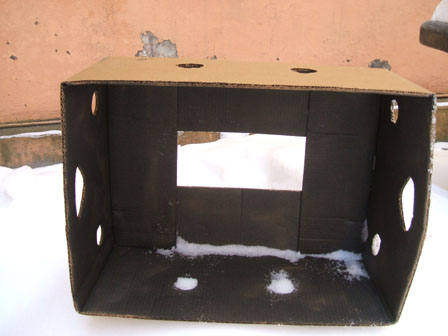 Trond Arne and Frode then built a giant one of these, and plonked it right in the middle of the bar, where it has become a kind of stage. 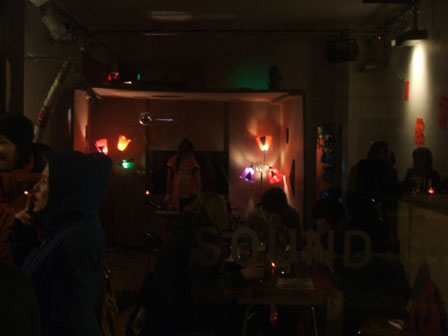 The DJs who are performing here are actually wearing cardboard dresses. 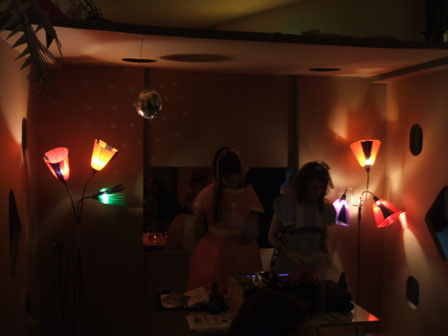 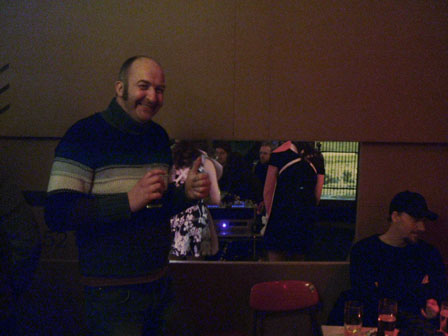 But he is not averse to trying on a cardboard dress himself. 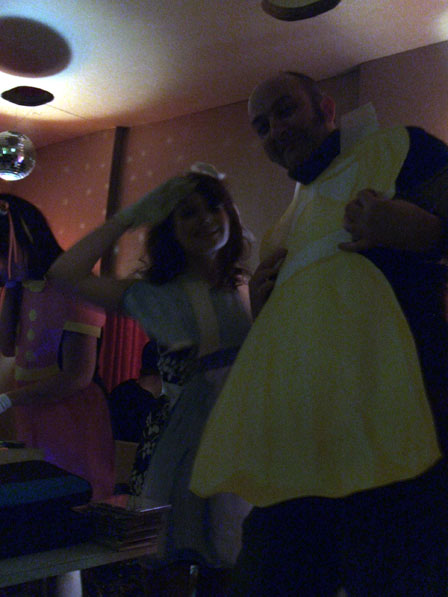 Trond Arne will be performing with me in a special Dacianos performance, during the By;alarm festival 2009. The show is at Mir, Toftesgate 69, Oslo, 20 February, 8 p.m.
Premium Bananas Music Hall runs at Sound of Mu, Markveien 58, Oslo, until 1 March.