Most of the Internet is about Bobby Darin

Our research shows that most of the internet consists of Bobby Darin websites. 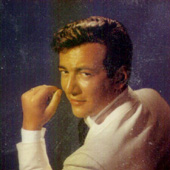 Upon his death in 1973, Darin’s body was donated to the UCLA Medical Center for research purposes. The need for international dialogue between scientists may have gained impetus from this, leading to the development of the internet. However, a spokesman for Bobby Darin has insisted that “scientists have only ever discussed Bobby’s singing career” and that his cadaver cannot possibly justify literally billions of websites.