A Megalith in the Dublin Mountains: Kilmashogue Wedge Tomb

A ruined megalith sitting a bare 100m from a popular car park in the Dublin mountains… this spectacular national monument is only known to a fraction of passers-by. 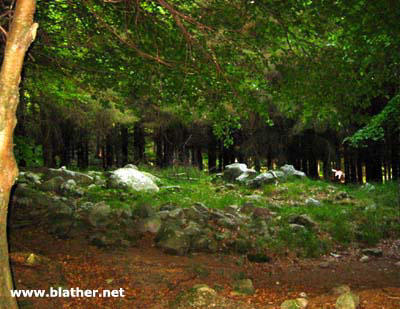 I’m almost loathe to tell anyone about this place… it’s such a wonderful little secret, tucked away beside the car park at Kilmashogue. To reach it, head up the steps from the car park. At the top step, veer right slightly across the road, and up a steep leaf-strewn path. At the top, you’ll find the remains of 4,000 year old tomb.
Not so long ago, this would have been sitting on a bare mountain, with its boulders gradually taken away for stone walls and the like. These days it sits in a perfect circle of of birch and conifers, with a perfect ceiling to the sky above.
The place has presence. I’ve brought many people there to visit, at day and night… few have have denied the apparent power of the place. While I love the Dublin Hills, I often get a sense of a dark mood about the place… it’s such a liminal zone… wild country in view of the city. It’s like the dark conscience of the metropolis. This little sacred of trees, however, has a constantly positive atmosphere
I often pass by the area at night with friends, as we’re heading off mountainbiking up to Three Rock in the dark. The car park is often full of parked cars, their internal lights on and the windows steamed up. Mating rituals performed, and marital vows broken.
Notes:
‘Map 5 Q12; OS1/2″ 16 0.15.25
A Megalithic gallery-grave allied to the wedge-tombs; it consisted of a roughly rectangular chamber and a small ante-chamber set in an oval mound of stones, dating probably to the earlier part of the second millennium B.C. Later in the same millennium burials took place and a fireplace was constructed.’
– Page 132, Peter Harbison, *Guide to the National and Historic Monuments of Ireland*, Gill and MacMillan (1970, 1975, 1992)
Guide to the National and Historic Monuments of Ireland (Amazon.com)
Guide to the National and Historic Monuments of Ireland (Amazon.co.uk)
Megalithomania: Kilmashogue Wedge Tomb »
Photographs 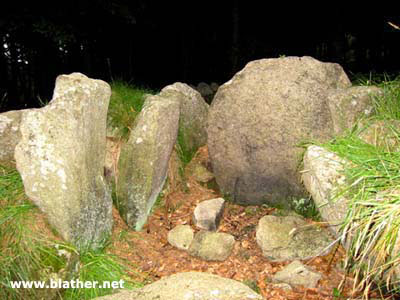 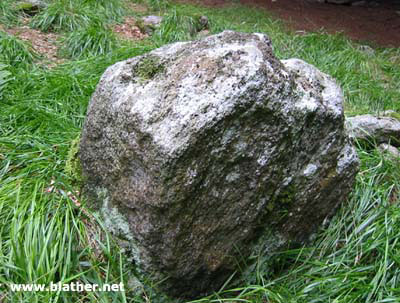 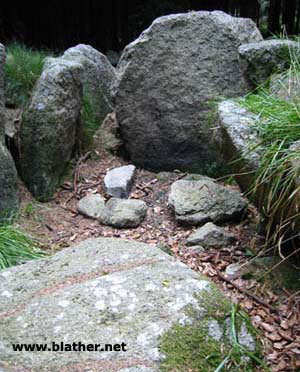 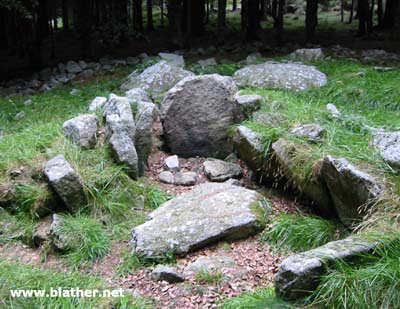 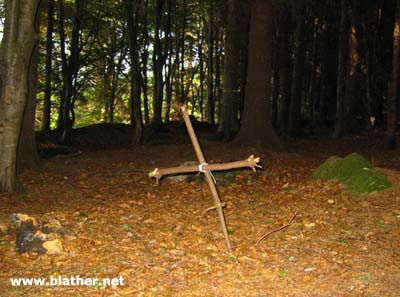 Chief Bottle Washer at Blather
Writer, photographer, environmental campaigner and "known troublemaker" Dave Walsh is the founder of Blather.net, described both as "possibly the most arrogant and depraved website to be found either side of the majestic Shannon River", and "the nicest website circulating in Ireland". Half Irishman, half-bicycle. He lives in southern Irish city of Barcelona.
previous article
Deep in the Woods: Elimare Reports From The Blather Trip to the Dublin Mountains
next article
‘A Pound of Paper’ by John Baxter