Near Death By Parrot

It’s not the fall that kills, it’s the impact…

South Island, New Zealand. It’s the 4th of July.
I’m in a helicopter, about 2000m above the Fox Glacier. After flying beside the 3750m-high Mount Cook, we descend into a snowfield, where I go running around in the shin-deep virgin snow. I’m getting incredible photographs of the gargantuan formations of snow and ice. My brain can barely handle the scale of it all.
We take off again, flying down the Fox Glacier towards home. I’m in the front seat, beside the pilot, eye glued to the viewfinder of my camera. ‘Bumffff!’ – there’s a big impact, the helicopter rolls and shudders violently, and drops momentarily. My stomach almost comes up my throat. The pilot pulls the stick back, screaming ‘shiiiiitttt!’. The first thought that enters my head is ‘did we clip the cliffs to our right?’ My second is ‘we’re still in the air’. So I relax. Slightly.
The pilot, however is greyfaced with shock. The family in the back seat (with two young sons) have gone silent.
The pilot glances at me, then returns to his bug-eyed stare through the windscreen. ‘We got hit by a bird’
‘A kea?’ I ask (NZ’s alpine parrot).
‘Yeah, nothing else would flying this high. I’ve been flying seven years, and this has never happened before’.
I look down at the ice formations down below… not a bad place to die. But today isn’t the day. And anyway, all that aviation spirit splashed on a glacier wouldn’t be good for it…
We return to the helipad, where the chopper is grounded. The ‘bird strike’ cracked the Perspex under the pilot’s feet, and dented in the fuselage. Driving back to Fox village, the woman from the ‘copter company entertains us with tales of how dead we might have been had the kea actually gone right through the windscreen and killed the pilot. And yes… the parrot is probably dead.
Lovely.
More on the kea » (not the dead one)
All photographs © 2004 Dave Walsh. For usage, Email Me 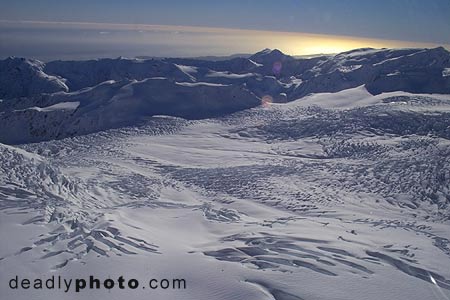 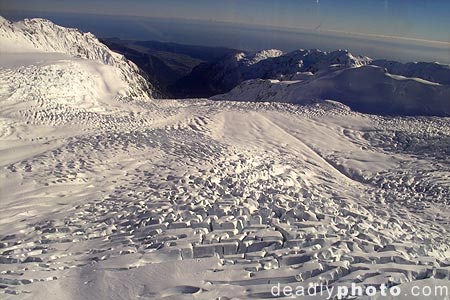 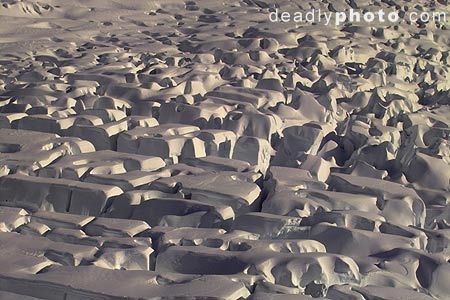 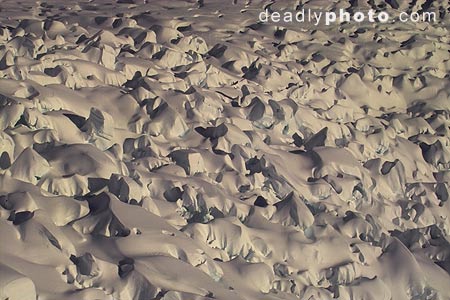 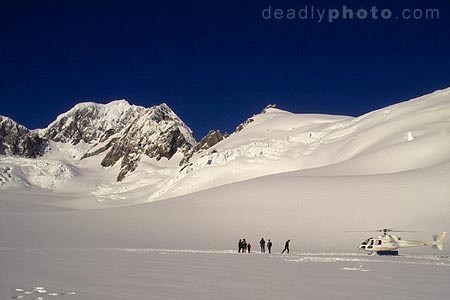 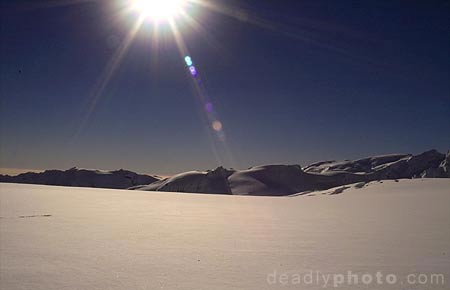 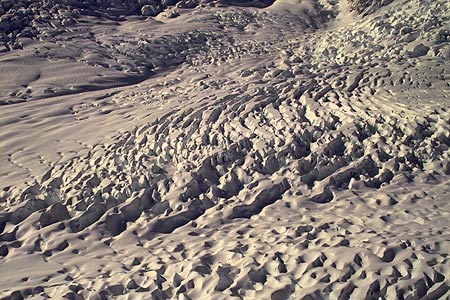 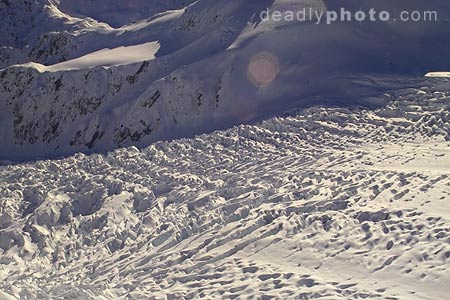 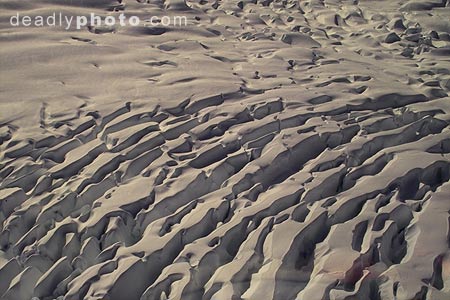 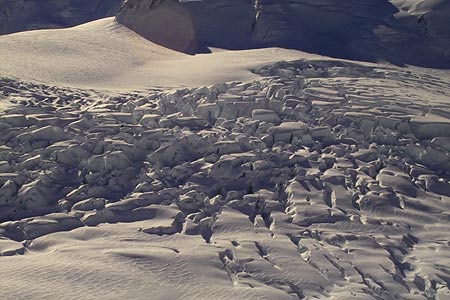 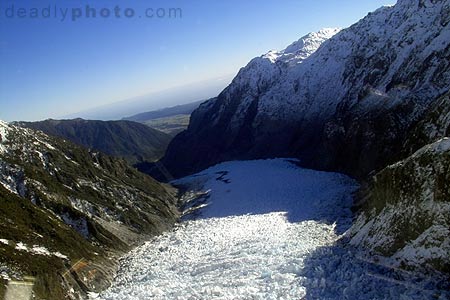 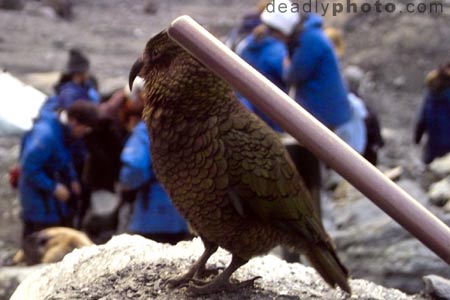 A kea, photographed the day before on the Frans Josef Glacier. The cheeky fecker was trying to nick our climbing talons as we took them off, but when I tried to take a photograph, it kept trying to hide behind a rake handle.
All photographs © 2004 Dave Walsh. For usage, Email Me

Chief Bottle Washer at Blather
Writer, photographer, environmental campaigner and "known troublemaker" Dave Walsh is the founder of Blather.net, described both as "possibly the most arrogant and depraved website to be found either side of the majestic Shannon River", and "the nicest website circulating in Ireland". Half Irishman, half-bicycle. He lives in southern Irish city of Barcelona.
previous article
The Editor Surfaces
next article
St. Brigid’s (Bríd’s) Well, Liscannor