It’s a frosty Tuesday morning. I’m standing on a hillside in County Meath, staring towards the brightening south east…

Around me are school kids and senior citizens, gardai and government officials, families, hippies, antiquarians, and people who are just here for a laugh. Some are sipping hot drinks from flasks, others supping nips from small bottles of whiskey. Many are attempting to stamp some life back into numb toes. There’s a big mound of earth behind us – Newgrange. Inside it, there’s more cold people, waiting for the winter solstice sunlight to illuminate the deep entrance passage. There’s rumours that the Taoiseach, Bertie humourless is in there, but I don’t see him come out. There’s a group here protesting the planned construction of an incinerator near a UNESCO World Heritage Site.
You can argue about Newgrange till the cow’s come home – about its controversial restoration, it’s myriad ‘ritual’ uses in prehistoric times. Is it a giant battery or was it built by aliens? Who knows? Who cares!
More importantly, it looks incredible – the glittering quartz walls gaze down over the Boyne Valley, waiting for winter sun to rise from behind distant hills.Newgrange’s creators – and we don’t know an awful lot about them – built the mound for a myriad of reasons. The entrance chamber was designed to mark the passing of the shortest day of the year, but there’s plenty of evidence of cremations and burial here – so Newgrange doubles up as both a calendar and a tomb, before any other speculation begins.
But back to the morning. It’s significant that Newgrange can mean so much to modern culture that we – and hundreds of others – are prepared to travel miles on icy roads to celebrate the real new year here. Many of the people inside owe their position to having won the ‘Newgrange Lottery’ – the visitors centre has application forms, – you could be one of the lucky ones of 20,000 hopeful souls who gets to see the sunlight actually entering the chamber. This year, winners came from Ireland, Britain, the United States, Germany, Poland, the Netherlands and Morocco.
To the south east, the sky is blue, and breaking above the horizon is approaching. As the first beam breaks across the valley, a cheer goes up, hands are clapped. We stand there, bathed in the sunlight, trying to soak up some warmth. The party rolls on.
Later, we get our chance inside the mound. The sunbeam is starting to recede now, but when the guide knocks off the lights, there’s still a reddish swathe of light across the gritty chamber floor. Beautiful.
All Photos © 2004 Dave Walsh.
Get high resolution versions of the Newgrange photos » 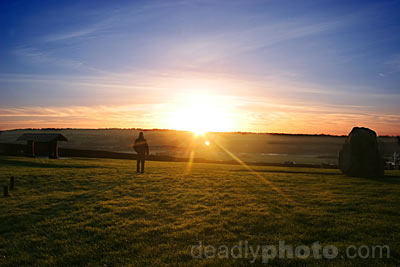 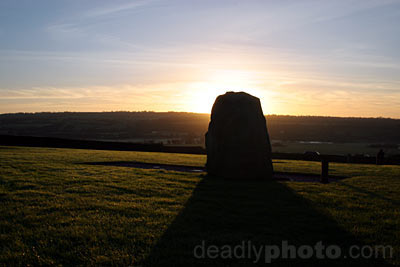 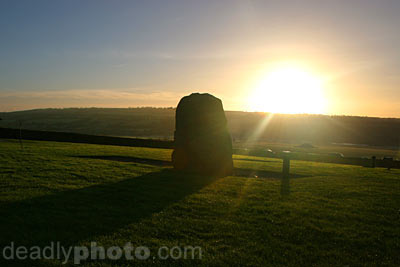 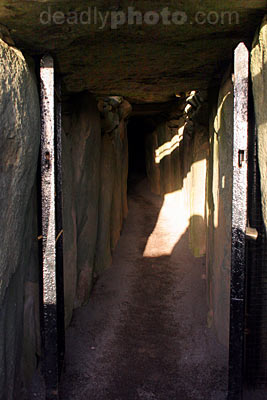 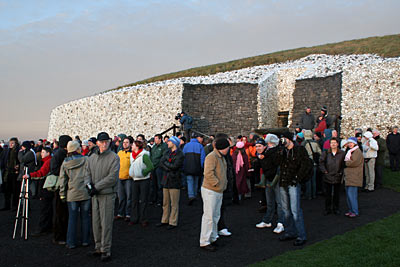 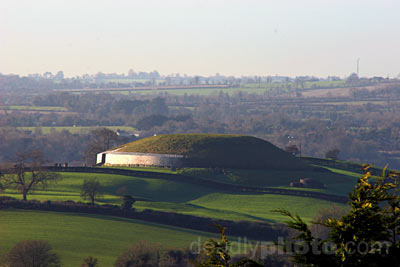 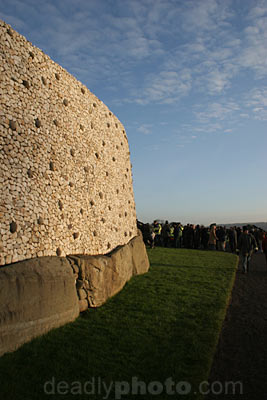 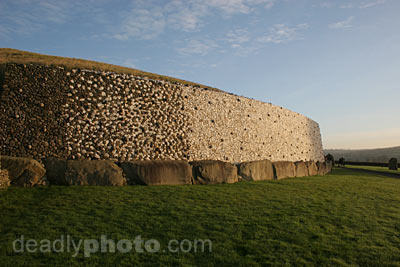 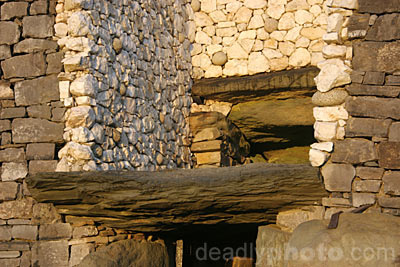 Get high resolution versions of the Newgrange photos »
More:
Alan Betson – nice photo from inside the chamber
Knowth.com – All about Newgrange
Solstice 2004
The Battle For The Boyne – Stopping the Incinerator
UNESCO and the incinerator at Newgrange
Tara Skyrne Valley – there’s talks of a motorway going through it!

Chief Bottle Washer at Blather
Writer, photographer, environmental campaigner and "known troublemaker" Dave Walsh is the founder of Blather.net, described both as "possibly the most arrogant and depraved website to be found either side of the majestic Shannon River", and "the nicest website circulating in Ireland". Half Irishman, half-bicycle. He lives in southern Irish city of Barcelona.
previous article
Back With A Vengence
next article
Planes, Leprechauns and Amputations