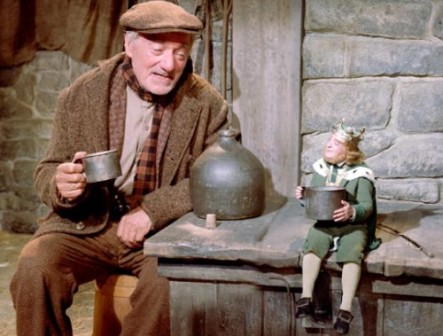 What’s the worst Irish accent you’ve ever heard? Earlier this week, we asked our Facebook bots to make suggestions for a list of the worst Irish accents ever committed to celluloid. That’s every ‘begob’, ‘begorrah’ and ‘divil alive, musha man’ ever uttered by an over-paid, perma-tanned Hollywood twat. The following are some of the findings from our extensive survey.

WARNING: many of the clips you are about to watch are likely to incite you to violence.
Thesp: Richard Gere
Offending item: The Jackal
Case against the thesp: The early nineties saw a slew of IRA-inspired Hollywood nonsense, with A-listers seemingly falling over themselves to play Provo killers. One of the worst was Richard Gere’s truly shocking turn in Michael Caton-Jones’ The Jackal, where Gere is a ‘IRA sharpshooter’ released from chokey to hunt down Bruce Willis’ mono-syllabic hitman. A shit-sandwich without the bread.

Thesp: Tom Cruise
Offending item: Far and Away
Case against the thesp: Cruise’s effort in Ron Howard’s 1992 cheesefest is, quite possibly, the worst Irish accent ever put on screen. Don’t believe me? Press play.

Thesp: Tommy-Lee Jones
Offending item: Blown Away
Case against the thesp: One could easily point to Jeff Bridges’ dodgy ‘hint of Norn Iron’ accent in this ridiculous 1994 action flick, but the show is well and truly stolen by Tommy-Lee Jones’ atrocious IRA madman; a gibbering, hooting cartoon heavy who has decided (for reasons never clearly explained) that it would be a lark to blow up half of Los Angeles to the strains of Beethoven’s Ode to Joy, whilst exchanging wisecracks with Jeff Bridges on the phone. Gob-smackingly shite.

Thesp: Brad Pitt
Offending item: The Devil’s Own
Case against the thesp: An odd one this. Pitt gained critical plaudits and a degree of street-cred from his hilarious performance in Guy Ritchie’s 2000 gangster comedy Snatch (where he gave a winning turn as a bare-knuckle, Irish Traveller boxing champion), but three years earlier Pitt had come close to disgracing himself in this woeful Harrison Ford vehicle, The Devil’s Own, where it appears that Pitt doesn’t know if he’s supposed to be from Derry or Kerry. Throw some hideous Dolores O’Riordan vocals (she sounds like a banshee in labour) over the top of some moody Belfast gunplay and it all adds up to one serious pile of arse.

Thesp: Sean Connery
Offending items: Darby O’Gill and the Little People and The Untouchables
Case against the thesp: A double-accolade this one, with Sir Sean turning in two performances of phonemic Oirish gold. The first, Darby O’Gill and the Little People, is a 1959 Disney kids classic with the future 007 battling cunning leprechauns. Or something. The latter is Connery’s Oscar-winning performance in Brian De Palma’s The Untouchables.
Connery’s inclusion here is not so much because he turned in a bad Irish accent, but more so because he just didn’t even bother to try one. Much in the same way that Connery was perfectly happy to give a Russian Submarine commander, an American novelist and a nappy-wearing time-traveller a Scottish accent as thick as a whale haggis, The Untouchables sees the big man inhabit the role of hard-ass Irish Chicago cop Jimmy Malone with an accent about as Irish as Sir Alex Ferguson’s.
Still, watching the following clip brings back just how brilliant he was. It seems a tragedy that Connery’s last screen outing will probably have been the execrable League of Extraordinary Gentlemen in 2003.

And you? Who would you include? Let us know in the comments below.

Damien DeBarra was born in the late 20th century and grew up in Dublin, Ireland. He now lives in London, England where he shares a house with four laptops, three bikes and a large collection of chairs.
previous article
Turfs up! Early Medieval Brooch turns up in a Kerry Fireplace
next article
“Don’t Speak With Your Mouth Full of Shite”