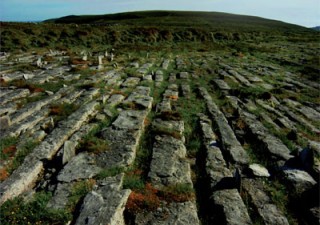 ’m talking about The Book of Migrations: Some Passages in Ireland, by Rebecca Solnit, which has been a joy to read, and an honour to become connected with. I was unaware of Solnit’s work until May 24th of this year, when I read her insightful article the Strauss-Kahn affair, colonisation and the IMF: Worlds Collide in a Luxury Suite. That afternoon, I received an email from Bob Bhamra, of Verso Books, asking me if he could use my image of the Burren for a new editon of The Book of Migrations. Serendipity. We cut a deal.