Heidelberg, Germany – The Neckar, the Monkey, and the Thingstätte

Photographs taken on a recent Blather trip to Heidelberg, in Germany…

Unfortunately, I didn’t get much time for photographs, and the weather was quite dull. But there’s some interesting stuff to see thereabouts.
See Tom Galvin’s site about Heidelberg »
See Things to do in Heidelberg »
All photographs except the last one were taken on a Sigma SD-9. The last photograph was taken on a Canon S-330 IXUS, and I used the Photostitch function.

A view of the river Neckar, from Heidelberg (click for larger) 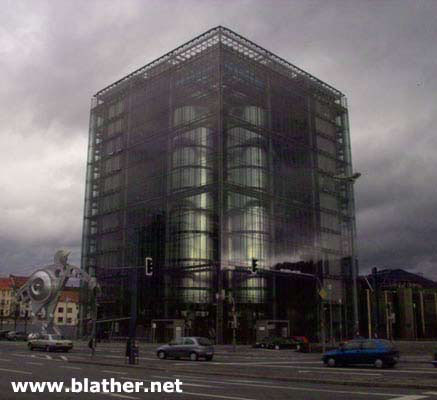 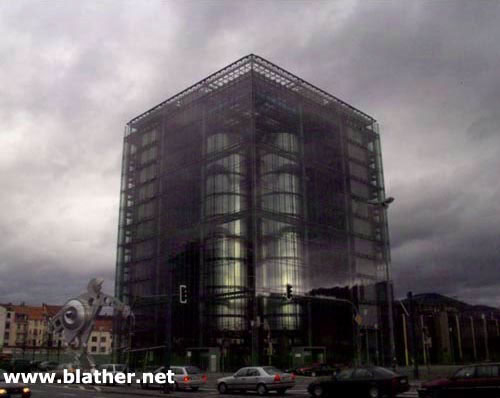 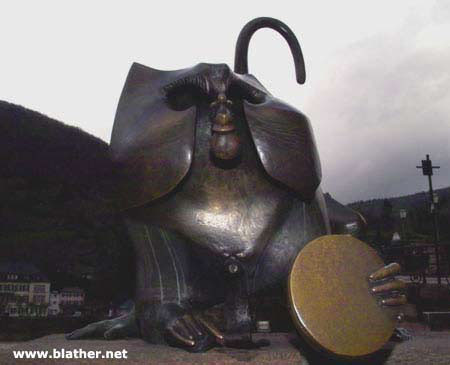 The Brass Monkey, Heidelberg. Apparently rubbing the big coin brings good luck. Though someone did tell me that it his rather formidable balls that had to be rubbed. Brass monkey… balls? The inscription beside it says, according to Ms. Wurzel Tod:

As you look at me, world (or traveler), don?t laugh to quickly at me because if you were to look at humanity, or even into a mirror, you just might see something as funny as me. 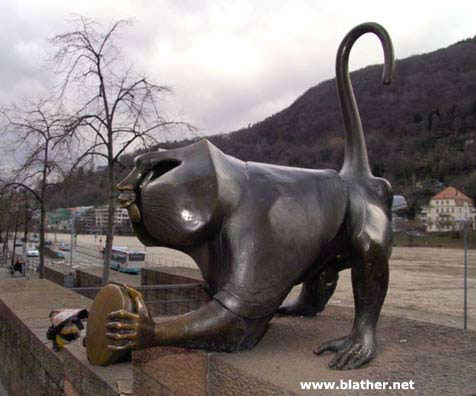 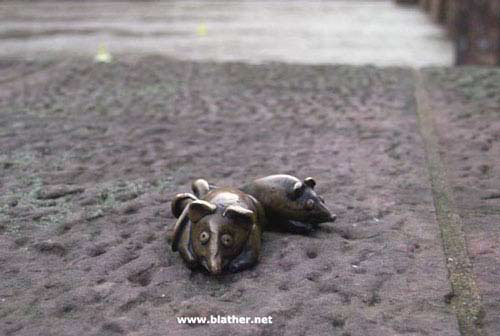 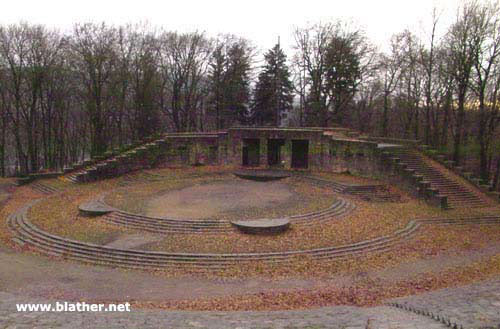 The stage of the Nazi Thingstätte at Heiligenberg, in the woods above Heidelberg.
This open air amphitheatre was built in 1935 by the Nazis – using forced labour. It was used, it seems, for Solstice festivals and the like. The atmosphere at the Thingstatte is rather eerie – it doesn’t take much imagination to image the uniformed fervour of the 1930s, or torch-lit processions up the hill. It’s a weird class of Roman and Deco design, coupled with a curiously anachronistic neo-paganism. 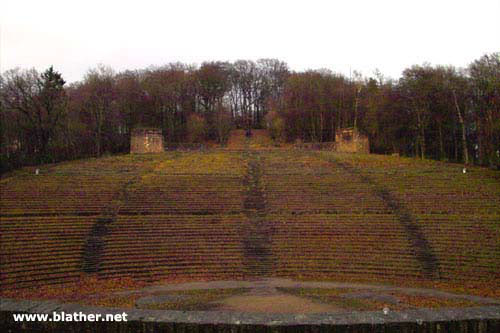 View of the seating in the Nazi Thingstätte at Heiligenberg, in the woods above Heidelberg.

Chief Bottle Washer at Blather
Writer, photographer, environmental campaigner and "known troublemaker" Dave Walsh is the founder of Blather.net, described both as "possibly the most arrogant and depraved website to be found either side of the majestic Shannon River", and "the nicest website circulating in Ireland". Half Irishman, half-bicycle. He lives in southern Irish city of Barcelona.
previous article
Lollipops! Vodka & Insects
next article
Strange Attractor Journal One