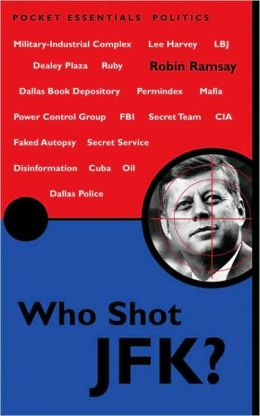 Here at Blather Sub-aqua HQ in the ice-caverns of Crete, we are watchful of the time, and are therefore very much cognisant of the forthcoming 50th anniversary of the assassination of US President John F. Kennedy (JFK), which took place in Dallas, Texas, on 22 November 1963. As no-one was ever tried for this violent crime, it’s a murder mystery of sorts, and has been a remarkably fertile ground for conspiracy theories for decades. Indeed it was the beginning of the conspiracy culture as we know it today. A culture that Blather has fed off like a starving goat.

From now until 22 November, this blog will prime you for the anniversary, and will be, in the beginning at least, a kind of literature survey of the case.

This week’s book is Who Shot JFK? (2002), a ‘pocket essential’ by Robin Ramsay, editor of the parapolitical journal Lobster. There is no better primer for the JFK assassination than this short book. Because as you begin your long day’s journey onto the Grassy Knoll, or under the Triple Underpass, you’ll need to know…

Who Shot JFK? rattles through the basics in one page. And here I’ll give them to you in even less words. Lee Harvey Oswald (b.1939) defected to the Soviet Union in ’59 but then defected back to the USA in ’62. In October ’63 he got a job in the Texas School Book Depository, which overlooked the route of the presidential motorcade on 22 November (diagram). JFK was shot and killed as he sat in his limousine (film) (frames). The gunman/men was/were not in view. A minute and a half after the shooting, a policeman entered the Book Depository and Oswald was on the 2nd floor, drinking a Coke. 30 minutes after the shooting, a rifle was found on the 6th floor. 45 minutes after the shooting, in Oak Cliff (a suburb), a policeman called J.D. Tippit (b.1924) was shot dead on the street. Near this scene, Oswald entered a cinema called the Texas Theatre without paying, and police went in there and arrested him. He was arraigned for both the Kennedy and Tippit murders. On 24 November he was shot dead in the police station on live TV by Jack Ruby (born Jacob Leon Rubenstein in 1911), a local strip club owner. The new President, Lyndon Baines Johnson (LBJ), set up the Warren Commission, which concluded in September ’64 that Oswald killed JFK and acted alone. Ruby died of cancer in January ’67.

You’re no doubt aware that millions of people believe there is something very wrong with the account that Oswald killed JFK, or at least with the idea that he killed him alone. There are things that just don’t add up in the case. For instance, the description of JFK’s wounds at Parkland hospital in Dallas are at odds with photos from the autopsy that took place later at Bethesda Naval Hospital in Maryland. Another example is negatives of photos of Oswald’s possessions borrowed by the FBI seemed tampered with when they were returned to the police in Dallas. Suspicious, but if there was a cover-up by the authorities, it does not necessarily mean they were involved in the assassination. Ramsay suggests that Oswald acting alone may have been ‘the only politically safe story’ (p.23), as perhaps LBJ/others in Washington DC/the FBI did not want the Dallas police investigating the theory that Oswald was a Soviet agent, which could potentially stoke public sentiment against the Soviet Union and start World War Three. Certainly James P. Hosty (1924-2011), an FBI agent who investigated Oswald in ’62-’63, says as much in the TV series The Men Who Killed Kennedy (episodes 3 & 5, 1991).

Who Shot JFK? does not disappoint those who want answers, and provides its own solution to the crime. Coincidentally, Ramsay returns to this theory in the latest issue of Lobster (#65, Summer 2013, available free to download until the Winter 2013 issue becomes available). It’s a theory that implicates LBJ, and boils down to ‘the Factor confession, the Estes affadavit, the Wallace fingerprint identification and Brown’s comments’ and it also involves a man called Geb (p.67).

Loy Factor was an American Indian and a brain-damaged soldier, who claimed in hospital in ’71 that he was one of the shooters on the 6th floor of the Book Depository, alongside Oswald and a man named ‘Wallace’. Factor’s story was not really believable (see pp.58,71-72), but in ’98, it was claimed that a previously unidentified fingerprint from Box A on the 6th floor belonged to one Malcolm ‘Mac’ Wallace (look for yourself). As ‘cardboard does not retain prints for long’ (p.59), the police have said this print was made on the morning of the assassination. Mac Wallace (d.1971) murdered LBJ’s sister Josefa’s boyfriend John Kinser in ’51 and received only a 5-year suspended sentence.

Billy Sol Estes (1925-2013) was a businessman/conman convicted in ’63 (imprisoned till ’71) for ‘getting federal agricultural subsidies… for… non-existent crops’ and who was ‘paying off Texas politicians’ (p.60). There was a Senate inquiry into this running in ’63. This political scandal threatened to touch Texas boy LBJ, but he shut the inquiry down when he became President. In ’84 Estes claimed he had information that many of the ‘suicides’ associated with the Estes scandal were murders by Wallace, who also killed JFK. He said he would give the information if the Justice Department offered him immunity – which they declined to do. Estes’s claim meant Wallace had killed JFK on behalf of LBJ, to stop revelations about the Estes scandal ruining LBJ (on top of this, LBJ was also threatened at the time by the Bobby Baker political scandal). If scandal touched LBJ, JFK and his brother Robert Kennedy may have taken the Texan off the ’64 election ticket. He may also have faced charges. Madeleine Brown (1925-2002), LBJ’s alleged mistress, wrote in her memoir that the night before the assassination LBJ had said to her ‘After tomorrow those goddam Kennedys will never embarrass me again – that’s no threat – that’s a promise’ (p.66).

If Wallace committed the assassination, was there any connection between him and Oswald, who was either an innocent ‘patsy’ or a second gunman? Enter Ralph Geb.

‘One of the pieces of the puzzle is the man-who-wasn’t-Oswald who went to the Soviet embassy in Mexico City [in autumn ’63], was photographed outside it by the CIA and identified by the Agency at the time as “Lee Harvey Oswald”‘ (p.67). A schoolfriend of Ralph Geb identified this ‘Oswald’ as Geb. But Geb’s best friend at school was Mac Wallace. Was Geb helping his friend Wallace frame Oswald as a Soviet spy? This rather puts Wallace’s purported boss LBJ in the ‘wanting World War Three’ position, however.

But add to this that E. Howard Hunt fingered LBJ for the assassination as well. Ultimately LBJ had the most to gain from JFK’s death.

Assassinology, rightly or wrongly, is an esoteric subject, and the JFK assassination comes with its own vocabulary and iconography. I hope to be able, during the course of this blog/working, to identify all of its major arcana. Anyone interested in designing some kind of ‘tarot’ of its most evocative motifs, please get in touch, as this will be the ritual site for displaying it. Take for example the Three Tramps, and the Umbrella Man. These are creatures that have entered the mass consciousness. Can their mystic power be re-imagined? 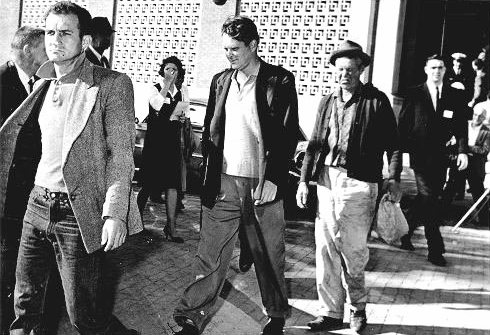 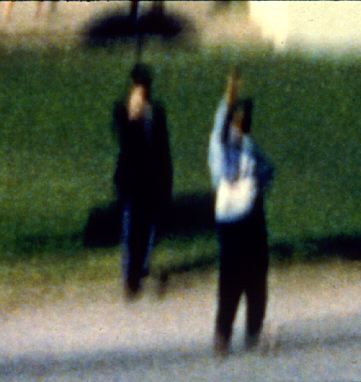 Contact him here.
previous article
A Micronation Once Again: The Saltee Islands
next article
The Kennedy Conspiracy