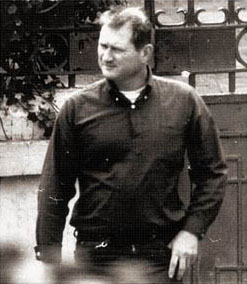 Oswald in Mexico! Directly continuing from the last entry in this series, the reference book to hand is still Deep Politics II The New Revelations in U.S. Government Files 1994-1995 Essays on Oswald, Mexico and Cuba, and all page references are to that, unless otherwise stated.

The reader may recall that Nicaraguan intelligence agent Gilberto Alvarado gave up on his story that (a) Oswald was associated with the Cuban consulate in Mexico City and its official Luisa Calderon, and (b) Oswald was paid by the Cuban consulate to assassinate JFK. Alvarado retracted finally on 5 December ’63 (and it is unlikely that the story was true: Calderon shows surprise upon being told of JFK’s death in the ‘transcripts from Cuban embassy and Cubana Airlines conversations on 22 Nov 1963’ p.22). But in the meantime, while the Alvarado story was still in play, there were consequences for Silvia Durán, the only non-Cuban who worked at the consulate.

Silvia Durán and the 28 September transcription from the Soviet embassy

Durán had already been arrested and interrogated by the DFS (Mexican security police) on 23 November. On the 26th, CIA station chief in Mexico, Win Scott, US ambassador Thomas Mann, and FBI legal attaché Clark Anderson, all reacting to the Alvarado story, wrote a cable together to CIA headquarters, recommending that the DFS ‘go all out’ in seeing that she ‘break under interrogation’ (p.105). It seems odd that Anderson would be involved, given that ‘by this time his boss, J. Edgar Hoover, was irrevocably committed to the phase-two lone assassin theory’ (p.104). Win Scott was also going against the grain. CIA headquarters opposed the suggestion made in the cable. Yet the men in Mexico used their influence, and Durán was rearrested by the DFS and seemingly tortured. 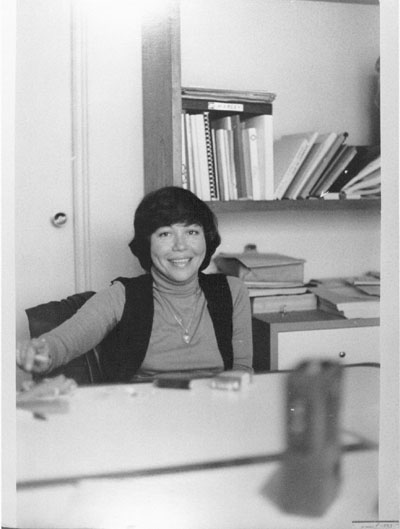 But that was not the only attempt to put words in Durán’s mouth. Not only were there multiple versions of her original 23 November DFS interview (the Warren Commission version differing from the original, as mentioned in the last entry of this blog), there is also the transcription from the CIA of an incoming phone call to the Soviet Embassy on 28 September. This is, as Peter Dale Scott describes it, a ‘transcript prepared at the time by the CIA [which] claims that Durán and someone, whom CIA station employees later “determined” to be Oswald, phoned from the Cuban consulate to the Russian consulate [Soviet Embassy] on Saturday, September 28 (when both consulates were closed)’ (p.125). Durán has always said that Oswald did not return after his visits to the consulate on 27 September, and especially not when the consulate wasn’t even open. The CIA transcript (given in full in Newman, Oswald and the CIA, p.364) has ‘Durán’ phoning the Russians. She puts ‘Oswald’ on the line to them once she realizes he can speak Russian. This ‘Oswald’, though, speaks really bad Russian and says cryptic things like, ‘I went to the Cuban Embassy to ask them for my address, because they have it.’ The call ends with the Russians asking him to come over to give them his address.

It is worth bearing in mind that the CIA’s phone tapping operation here was actually manned by the DFS. The DFS were also corrupt, so organized crime influences are also a possibility when it comes to falsification (pp.130-1). 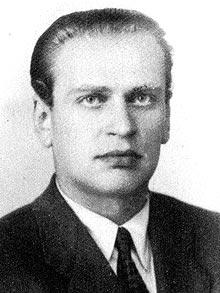 In the 1990s, a former KGB officer from the Soviet embassy in Mexico, Oleg Nechiporenko, wrote that Oswald, the brown-haired one in his 20s, did come to the Soviet embassy on 28 September, ‘brandished a revolver’ (p.12), and met the KGB’s alleged assassination expert Valeriy Kostikov there (p.13). But Nechiporenko wanted to assure America that Kostikov was not interested in Oswald. Scott detects in Nechiporenko’s writing this kind of reassuring tone, repeating that the USSR had ‘no interest’ is Oswald in a way that reminds Scott of Yuri Nosenko (1927-2008), who defected to the US in February ’64 with the same ‘no interest’ message about Oswald (p.14). Those pushing the ‘phase-one’ Oswald-Kostikov international communist conspiracy theory included James Jesus Angleton, head of CIA counterintelligence and serious disbeliever of Nosenko’s bona fides, while FBI counterintelligence supported the ‘phase-two’ lone assassin theory and supported Nosenko as a genuine defector. These issues caused disagreement between the CIA and the FBI, and estranged Hoover and Angleton permanently (pp.19-20).

For what it’s worth, another former KGB officer from the embassy, Nikolai Leonov, has said that Oswald actually visited on Sunday, 29 September, and ‘he was the only person to receive’ him (p.13).

The phone call to the Soviet embassy on 1 October

Now for the first official mention of Kostikov, and thus the beginning of the international communist conspiracy theory. The CIA reported (Lopez Report p.78 p.79) that on 1 October, a man calling himself ‘Lee Oswald’, who the translator identified as having called ‘a day or so before’, phoned the Soviet embassy. The phone was answered by a man called Obyedkov. ‘Oswald’ said he met someone at the embassy on Saturday (28 September), and was waiting for the embassy to receive a reply to a telegram they had sent to (presumably the Soviet embassy in) Washington. He could not remember the name of the man he had spoken to on the Saturday. Obyedkov suggested Kostikov and ‘Oswald’ agreed. There was no reply from Washington and Obyedkov hung up as ‘Oswald’ began to ask ‘And what – ‘

In this transcript, ‘Oswald’ is not the one to mention Kostikov. This is important to keep in mind when looking at the CIA cable of 8 October.

The tapes of this phone call and the 28 September phone call were apparently destroyed but it is difficult to ascertain when. CIA documents and statements contradict each other on this matter, and do not seem convincing (p.11). The FBI apparently heard the 1 October recording by 23 November, when they opined that it was not Lee Harvey Oswald’s voice (p.11). Interestingly, when CIA Mexico station chief Win Scott died in April ’71, James Jesus Angleton raided his safe, and Scott’s family recall that Angelton’s haul included a vinyl recording, alleged by Win Scott to be of Oswald (p.12). 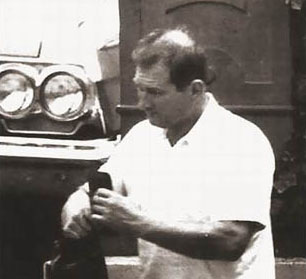 The Mexico City station of the CIA cabled CIA headquarters on 8 October, and the cable (reproduced in Newman p.509) describes an American male who ‘said his name lee oswald’ and ‘stated he at sovemb on 28 sept when spoke with consul whom he believed be valeriy vladimirovich kostikov’. The fact that in the original transcript Kostikov’s name did not come from ‘Oswald”s lips but from Obyedkov’s is a bit misleading. Then the next paragraph states: ‘have photos male appears to be american entering sovemb 1216 hours, leaving 1222 on 1. oct. apparent age 35, athletic build, circa 6 feet, receding hairline, bald top. wore khakis and sport shirt.’ Not only is this not a description of Oswald but there is nothing in the 1 October transcript which would make one think that ‘Oswald’ physically visited the embassy on that date. Lopez and Hardway even discovered the photos were taken on 2 October (Lopez Report p.139). So this ‘mystery man’ does not even seem to be the one who impersonated Oswald, and no-one knows who he is. On the basis of this, the CIA station in Mexico City cannot be trusted.

The memo of 16 October

A memo to the US embassy from the CIA station in Mexico, on 16 October (reproduced in the Lopez Report beginning on p.170), went further in painting a sinister picture, stating it had been ‘determined’ that the 1 October man who had identified himself as Lee Oswald ‘had been at the Soviet Embassy on 28 September 1963 and had talked with’ Kostikov. The memo did not mention that Oswald might have been applying for a visa, while it did state that the man was probably the Oswald who defected in ’59. Was the memo written just to be alarming? ‘CIA Headquarters, which was concerned about the Kostikov contact and had asked to be informed, did not learn about the visa request until after the assassination’ (p.10). 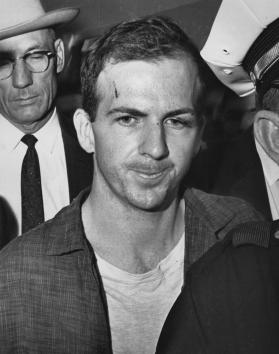 Did the real Oswald go to Mexico?

Weirdly, in that letter, he ‘said he had to curtail his trip to Mexico because renewal of his visa would have involved using his “real name”‘ (Summers, The Kennedy Conspiracy, p.286). It is interesting that the first information the DFS gathered in Mexico concerned a ‘Harvey Lee Oswald’, e.g. in the interrogation of Silvia Durán (p.119). His Mexican tourist card was made out to ‘Lee, Harvey Oswald’. Later his rooming house would be rented under the name ‘O.H. Lee’ (Summers p.48) and he would be arrested carrying identification papers for ‘Alek J. Hidell’ (Summers p.45). 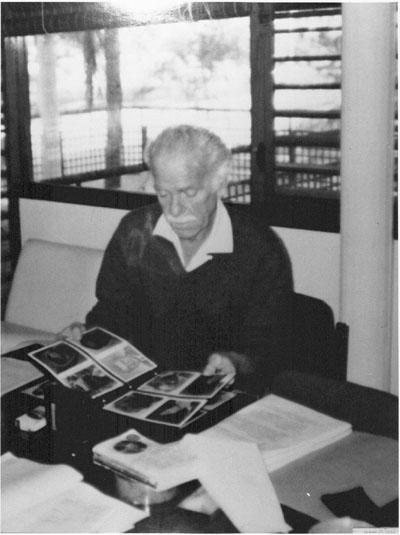 Evidence of another ‘Oswald’ in Mexico City that week comes from law student Oscar Contreras, who had contacts with the Cuban embassy, including with Consul Azcue. Contreras said he and some friends met at short man (5′ 6″) called Lee Harvey Oswald, who tried to ingratiate himself with the students, and claimed to have difficulties getting a visa to Cuba. Contreras mentioned the man to Azcue and a Cuban intelligence officer, who both told him and his friends to stay away from ‘Oswald’, who they suspected of ‘trying to infiltrate left-wing groups’ (Summers p.268). This is consistent with the idea of the ‘blonde, short’ Oswald impersonator at the Cuban consulate.

Back to ‘our’ Oswald: Marina told the HSCA that Lee had told her in advance he’d go to Mexico and visit the Cuban consulate there (Summers p.439). And it seems that her Oswald picked up a travel visa for Mexico in the Mexican consulate in New Orleans on 17 September. The ‘Mexican Interior Ministry (Gobernación)… provided U.S. authorities with a list of the names of those tourists whose tourist cards immediately preceded of followed the permit’ of Oswald (Deep Politics I, p.96). Yet one name was missing, the one immediately preceding Oswald’s, and that name turned out later to be William Gaudet, who worked in Latin America for the CIA (Summers pp.253-7). Why were the Gobernación helping Gaudet to stay out of it? The Gobernación also forged a bus manifest it gave to the U.S. authorities. The word ‘Oswld’ had been added to it (Deep Politics I, p.96). This was an attempt to prove Oswald left Mexico on 3 October – but why?

There are witnesses from the bus trip to Mexico. Oswald spent the time telling various Australian and British tourists about his sojourn in the Soviet Union, and he showed them his passport. He told them he hoped to reach Cuba through Mexico. He also talked on the bus with a mysterious English ex-Nazi called John Bowen aka Albert Osborne. The passengers later identified this Oswald as the real one (although Bowen described his hair as ‘blond and thin’ (p.7), which takes us back to Silvia Durán’s ‘Oswald’). For those interested in the Garro and/or Alvarado stories, this Oswald told the Australians that he’d been to Mexico before (Summers pp.261-2).

Finally, the authentic signature of the real Oswald is on the Hotel Comercio register.

We’re still under the sign of Libra, so we shall remain with Oswald for a while, but next time it won’t be just the one week in Mexico.

Contact him here.
previous article
Deep Politics II: Oswald, Mexico, and Cuba (part one)
next article
Oswald and the CIA (part one)