Oswald and the CIA (part one) 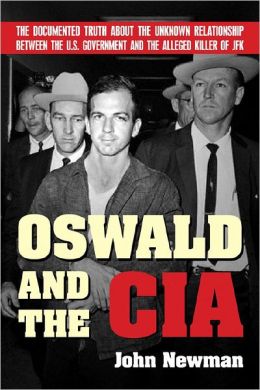 There are many mysteries about Oswald, beyond the JFK assassination – his defection, redefection, New Orleans, Mexico, etc. – and no-one seems to clear up mysteries like these better than John Newman, a professor of history and a former military intelligence officer. He trawled through the material released by the JFK Records Act 1992 with a real knowledge of how clandestine systems work, the result being the rewarding tome Oswald and the CIA (1995). I examine here the 2008 edition, with its startling ‘epilogue, 2008’.

Understandably, as a defector to the USSR in 1959, Oswald was of great official interest to the US authorities from that point onwards. Newman follows ‘the trails in Oswald’s CIA, FBI, DOD, Navy, Army… American Embassy… State Department… [and] Immigration and Naturalization Service’ files (p.xix). His book does ‘not address the assassination of President Kennedy. We will not discuss Dealey Plaza. This book is content to explore the subject of Oswald and the CIA without regard to who is right and who is wrong in the larger debate about the Kennedy assassination’ (p.xix).

But by avoiding Dealey Plaza, the book unexpectedly reveals that the part of the ‘JFK’ conundrum we should be arguing about and theorizing upon is actually the mystery of Oswald’s week in Mexico, a puzzle I introduced you to in the most recent blog entries in this series.

But to start with, in this entry of our series, let’s look at other areas of the Oswald timeline to which Newman brings clarity. 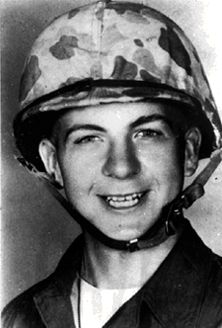 It has looked suspicious that Oswald received an undesirable discharge from the Marines after he left, as if he was being assisted by the authorities to look like an authentic defector. The truth of the matter is that Oswald entered the Soviet Union in October ’59 and applied to stay, and in April ’60 his mother received a letter from the U.S. Marine Corps Reserve in which Oswald ‘was still a private with obligated duty’ (p.141). He was supposed to appear before the board within 45 days to explain his ‘request for Soviet citizenship’ to them (p.143) and during this period his mother was not able to get in touch with him. So even though he neither filled in the forms renouncing his US citizenship nor ever attained Soviet citizenship, Oswald automatically received an ‘undesirable discharge’ from the Marines.

One theory about Oswald’s defection to the USSR was that it could have been planned by a US intelligence agency, i.e. that he was a fake defector ‘dangled’ before the KGB to see if they would take the bait. If the KGB didn’t take an interest in Oswald, who had worked on the U-2 spyplane programme, it might indicate that the KGB already had a source of information on the U-2. A CIA spy in the USSR, Petr Popov, had warned them back in April ’58 that he thought there was such a penetration by the KGB. 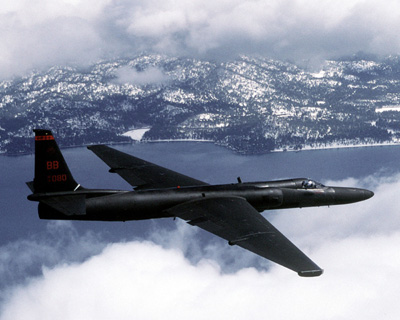 Then in March ’59, the CIA began receiving letters from a Soviet informer, Michal Goleniewski (p.89), and it soon became apparent that Soviets were aware of what information the CIA were getting through this channel, and this was ‘suggestive of a mole’ in the CIA (p.196). Then Popov was arrested on 16 October ’59, the same date Oswald arrived in Moscow. Newman reasonably concludes that the Popov arrest ‘was too late to provide a motive for dangling Oswald’ and that the Goleniewski letters ‘may not have been written soon enough’ (p.196). Therefore the hunt for a mole within the CIA ‘as Oswald prepared for and travelled to the Soviet Union’ was only at the stage of reacting to the Popov information from ’58, i.e. ‘that the U-2 had been betrayed in some way’ (p.196). There is not much to go on, and Newman does not find any evidence that Oswald was ‘dangled’, despite CIA counterintelligence’s interest in him. Besides, it does not seem likely (to me) that Popov was correct anyway, because the U-2 programme remained an enormous success and benefit for the US until May ’60.

A short entry today. There will be a second part in a few days. Still to come: Oswald’s ‘redefection’; Oswald in Texas; in New Orleans; the Odio Incident; and Oswald in Mexico.